Benedict Cumberbatch might be back for Doctor Strange 2 sooner than we thought.

Guardians of the Galaxy Vol 3 was expected to follow Spider-Man: Far from Home as the second movie in the Marvel Cinematic Universe’s Phase 4, but now that it’s on indefinite hold after James Gunn’s controversial firing by Disney, another movie will have to step up to take its place.

Doctor Strange star Benedict Wong has revealed at Fan Expo Vancouver that it might be his movie, saying that he is hoping that it will begin filming very soon. 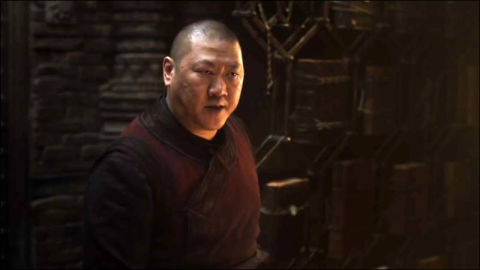 Pop Goes the World reports that Wong – who plays the sorcerer Wong in the MCU – expects that Doctor Strange 2 could begin shooting before the end of 2018.

He avoided revealing whether Wong had survived Avengers: Infinity War‘s Snap or not, but acknowledged that he will appear in Avengers 4.

Stephen Strange himself was one of the victims of Thanos’ Infinity Gauntlet attack, fading into nothing after hinting that he has a plan to undo all the damage wrought by the stones. Cumberbatch is fully expected to be back for Avengers 4.

2016’s Doctor Strange concluded by implying that the sequel will see him face off against his former ally (and long-time comic book nemesis) Karl Mordo (Chiwetel Ejiofor), who became disillusioned by the actions of the Ancient One and began murdering other magic users.