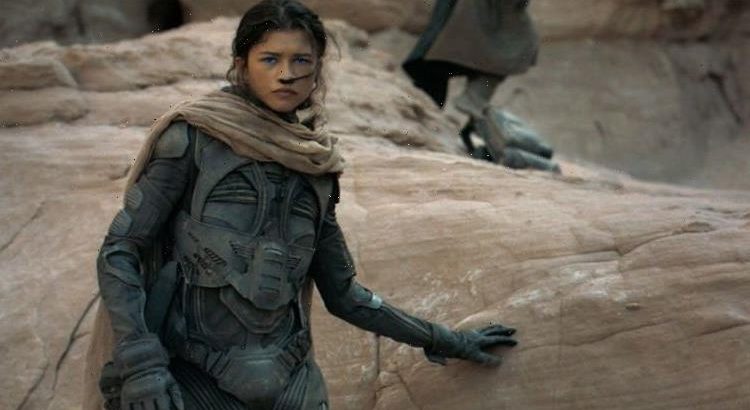 Dune director Denis Villeneuve made the decision to split Frank Herbert’s seminal science-fiction novel into two films. The first, Dune Part One, was released in cinemas today and begins telling the story of Paul Atreides (Timothée Chalamet) and his family’s battle against the Harkonnens. But, by the end of the film, it is obvious there is a lot more story to be told. Although a film depicting the second half of the story has not been announced just yet, here is what will happen in it.

What is going to happen in Dune Part Two?

The ending of Dune Part One showed Paul and his mother, Lady Jessica (Rebecca Ferguson), being rescued from the deserts of Arrakis by Stilgar (Benicio Del Toro) and his tribe of Fremen.

Paul also met Chani (Zendaya) for the first time, after having prescient dreams about her for the entirety of the film.

Going forward, if Herbert’s novel is anything to go by, the second part of Dune will jump forward in time by two years.

After spending two years in the desert with the Fremen, Paul and Lady Jessica have become acclimated to the ways of living in the desert.

In that time Paul’s ability to see the future has also improved, prompting the Fremen to dub him their messiah – Paul Maud’Dib (a name chosen after a desert mouse of the same name).

During this time Paul also falls in love with Chani, and the pair have a son they name Leto II.

Lady Jessica also gives birth to Paul’s sister, Alia – however, there is a complication with her birth.

While in the final term of pregnancy, Lady Jessica drinks from the “water of life”, a cocktail made from a dying sandworm that grants absolute knowledge, while also giving the same powers to her unborn child.

When Lady Jessica gives birth to Alia, she is born with greater knowledge than a child ought to have, and can walk, speak, and strategise.

Later, Paul bumps into Gurney Halleck (Josh Brolin), whom he presumed was dead.

This meeting makes Paul realise he does not have complete control over his prescience just yet, so decides to also drink the water of life.

This drink is not meant for men, but he risks it anyway, sending him into a comatose state for weeks.

When he awakens, he has absolute clairvoyance across space and time, giving him the upper hand in any fight.

With this power he sees Baron Harkonnen amassing an army around Arrakis to kill off the Fremen. To prevent this, Paul hits first.

Paul wins a number of his battles, but he loses one large Fremen outpost, marking the death of many Fremen in the process, including his son, Leto II.

Paul eventually confronts the Emperor and the Baron – who has taken his sister captive – and bargains with them.

As the new ruler of Dune, Paul offers to take the Emperor’s daughter as his official wife, relinquishing some power to the Emperor in the process, in exchange for complete control over Arrakis and the Fremen.

After starting this new empire, Paul realises his followers have grown too powerful, and they will start a jihad in his name across the universe.

Dune is in cinemas now.