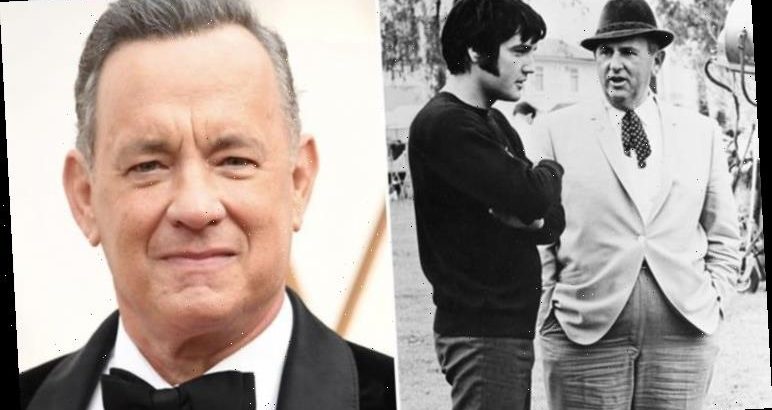 This November the first cinematic movie biopic of Elvis Presley will be released. Warner Bros have hired Moulin Rouge director Baz Luhrmann to helm the project with Once Upon A Time In Hollywood’s Austin Butler playing The King from the fifties to the seventies. Co-starring is Oscar-winning star Tom Hanks, who has shared how he’s been preparing to play Elvis’ manager Colonel Tom Parker.

Speaking on Kermode and Mayo’s Film Review in 2019, Hanks shared how he’s been reading Peter Guralnick’s two-volume biography of Elvis.

The first volume, Last Train to Memphis: The Rise of Elvis Presley (1994) recounts the first half of The King’s life from 1935 to 1958 when he joined the army.

While the second book called Careless Love: The Unmaking of Elvis Presley (1999) covers the star’s time in the army up to his untimely death in 1977.

Hanks shared how he’s read both of those biographies, before sharing his own personal connection to Elvis. 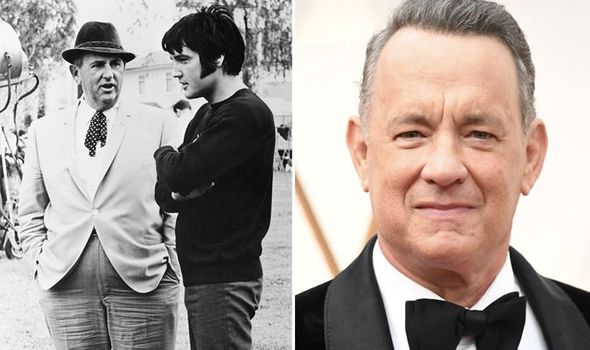 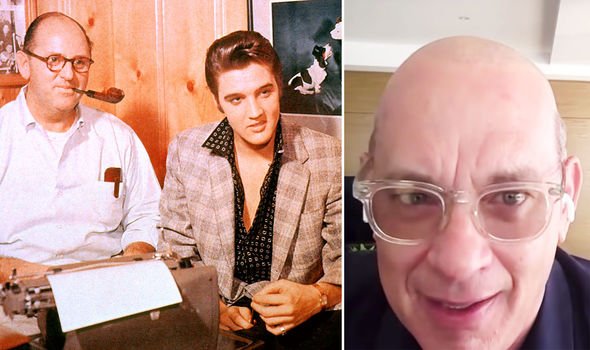 Hanks continued: “Let me just go back a little bit, my make-up man, [the late] Danny Striepeke – who did my make-up, for I think, 17 films – had done Elvis on, among others, Viva Las Vegas… and Harum Sacrum and Kissin’ Cousins.

“So he had made some really lousy Elvis movies. He told me stories about both Elvis and also Colonel Parker.

The 64-year-old’s reference there was to Mephistopheles, a demon from German folklore who makes a pact with Faust for his soul on behalf of the devil. 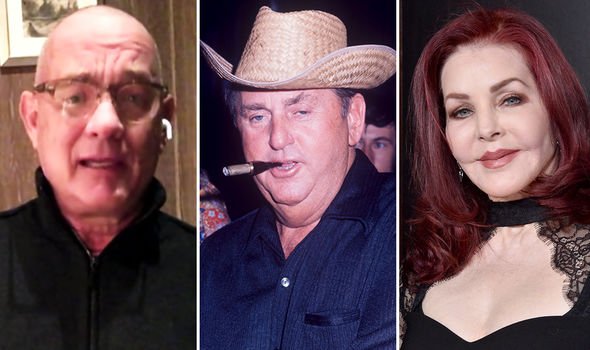 Hanks was set to start shooting the Elvis movie in March last year and was taking part in rehearsals of a Las Vegas residency scene on Baz’s Queensland, Australia shoot.

However, the Colonel Parker star was the first A-list celebrity to be diagnosed with coronavirus, which saw production shut down.

And, of course, with national lockdowns, the biopic was on hold until the autumn when Hanks returned to Australia after spending months back at home in Los Angeles.

The star is now promoting his new Netflix Western with director Paul Greengrass, News of the World, and has been showing off his Colonel Tom Parker bald spot in TV interviews.

During a new interview on The Late Show with Stephen Colbert, the actor said Elvis’ manager was “both a genius and a scoundrel.”

Hanks added: “He was a very disciplined man, but also a guy who you might want to check your wallet to make sure you still have all those fives and tens.”

But when Hanks’ wife Rita Wilson organised a dinner with Elvis’ ex-wife Priscilla Presley, the actor was surprised to hear her defend The Colonel.

The Oscar-winning star said: “I was expecting to hear stories about the distrust she had for Colonel Tom Parker over these many years. And she said, ‘No. He was a wonderful man, and I wish he was alive today. He took really great care of us. He was a scoundrel in his way.’”

As mentioned, to play Elvis’ manager, Hanks has shaved his head bald and admitted he doesn’t look anything like The Colonel.

The 64-year-old said: “Let’s just say the people who played gorillas in Planet of the Apes spent less time in the make-up chair than I did on this movie.”

According to the official synopsis, Elvis is “seen through the prism of [Presley’s] complicated relationship with his enigmatic manager, Colonel Tom Parker. The film delves into the complex dynamic between Presley and Parker spanning over 20 years, from Presley’s rise to fame to his unprecedented stardom, against the backdrop of the evolving cultural landscape and loss of innocence in America. Central to that journey is one of the most significant and influential people in Elvis’s life, Priscilla Presley.”

Elvis is released in cinemas and on HBO Max on November 5, 2021.