Emma Stone has only been a leading lady for roughly a decade. Yet, she’s delivered one iconic performance after another. Her 2010 comedy Easy A still stands out as a fan favorite, in part likely due to the many GIFs to spring from the movie. However, Stone’s Oscar-winning role in La La Land is perhaps her best known at this point. And considering she earned more for her performance than the movie itself cost, that makes sense. 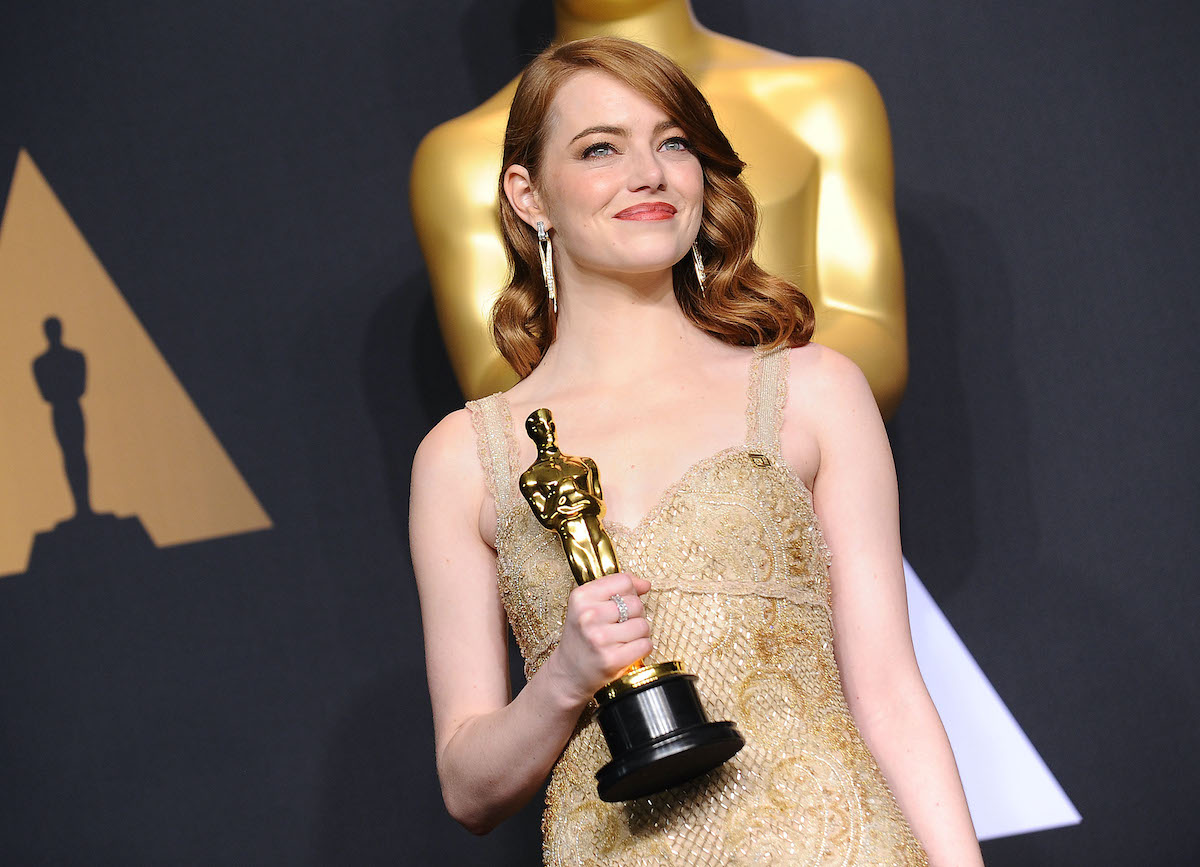 Stone first burst onto screens at age 18 in 2007’s teen comedy Superbad. Prior to that film’s release, she had appeared in a TV pilot for The New Patridge Family, made a few TV guest appearances, and starred in the short-lived drama series Drive. And no, it has nothing to do with the 2011 film starring her frequent co-star Ryan Gosling. This one featured Nathan Fillion and only lasted four episodes on Fox.

Soon before landing Superbad, Stone had lost a starring role on TV’s Heroes. But once she appeared in the hit comedy, it didn’t take long for her career to kick off. By the early 2010s, she starred in not only Easy A but also Zombieland, The Help, The Amazing Spider-Man, and Crazy, Stupid, Love. That last one also marked her first pairing with Gosling, with whom she’d later appear in Gangster Squad and — of course — La La Land.

A decade later, she was Hollywood’s highest-paid female star

By the time Damien Chazelle’s Oscar-winning musical came around, Stone was already an Oscar-nominated actor — as Michael Keaton‘s daughter in 2014’s Birdman — and A-list star. With the deal she landed for La La Land, Stone became the highest-paid female actor of 2017, with total annual earnings that year of $26 million. That figure comes directly from Forbes. But some digging uncovers further details of her La La Land contract.

According to reports, Stone actually earned a total of $22.5 million from her work on the hit musical. But it’s unclear how much of that comes from her upfront salary. Given La La Land had only a $30 million production budget, the vast majority of Stone’s paycheck came from a percentage of the box office receipts. And since La La Land earned $449 million worldwide according to Box Office Mojo, that gamble paid off handsomely.

Post-La La Land, Stone earned another Oscar nod — this time for The Favourite — and returned for sequels to Zombieland and animated hit The Croods. But most recently, Stone has found herself a new franchise. In 2021, she headlined Cruella, Disney’s live-action reboot of 101 Dalmatians. And even during the coronavirus (COVID-19) pandemic, the movie has earned $221 million worldwide, according to Box Office Mojo.

Now Stone has inked a deal to return for the sequel. Director Craig Gillespie and screenwriter Tony McNamara will also be back for the untitled Cruella 2. Notably, Stone’s deal comes amid rumors she would follow Scarlett Johansson’s lead in suing Disney for mishandling its change in release strategy. After all, as La La Land itself proved, stars often lean on their back-end deals far more than any upfront payment for their movie roles.