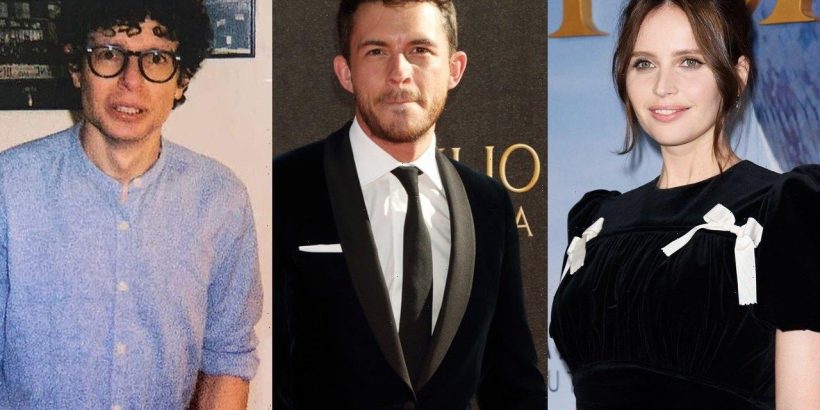 The ‘Theory of Everything’ actress is cast as the titular character, who is described as ‘a young woman with a history of running from reality,’ in Simon Amstell’s comedy film.

AceShowbiz –Felicity Jones and Jonathan Bailey are set to star opposite each other in Simon Amstell’s comedy film “Maria“. The “On the Basis of Sex” actress and the “Bridgerton” star have boarded the 42-year-old comedian’s latest flick following 2016’s “Carnage” and 2018’s “Benjamin“.

The former will star in the titular role of “a young woman with a history of running from reality. Struggling to accept her age, her boyfriend’s love and her father’s indifference, Maria spots an opportunity to feel young, free and desirable at her father’s wedding, where she meets Raffy, her new stepbrother. Their obvious, if inconvenient, sexual chemistry is made worse by the news that her father has been diagnosed with a terminal illness,” according to Deadline’s report.

“Harry Potter” star Jason Isaacs has been cast in the role of Maria’s father. Filming is due to commence in the U.K. and U.S. in autumn 2022, Deadline reports. Amstell said, “I’m incredibly excited to begin shooting ‘Maria’ this year with Felicity Jones. Our hope is that making a film about our culture’s fear of aging and death will be an absolute sensation.”

Felicity has recently been filming IRA thriller “Borderland” in Glasgow, while the second season of “Bridgerton” hit screens in March.