The prolific documentarian Alex Gibney and his two co-directors hope to have an impact on the election with “Totally Under Control.” 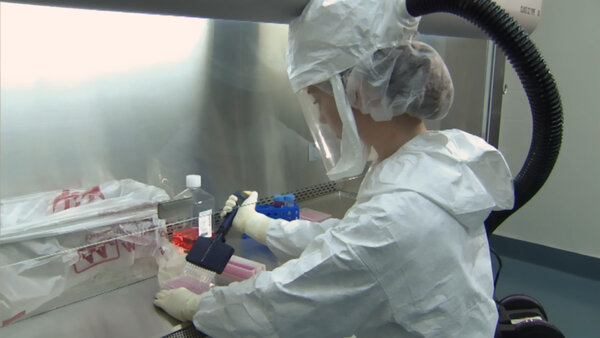 WASHINGTON — As the coronavirus raged out of control this spring, Alex Gibney, an Oscar-winning documentary filmmaker who has released two other movies this year, embarked on a secret project: a film that would “tell the origin story” of the pandemic that has cost more than 215,000 Americans their lives. He wanted to know if the carnage could have been prevented.

The resulting documentary, available now to rent through services like Amazon and Apple (and next week to stream on Hulu), lays bare what Mr. Gibney calls “a story of staggering incompetence.” It contrasts the response in South Korea, where fewer than 450 people have died, to that of the United States, where, in January, President Trump declared the outbreak “totally under control,” the phrase from which the film takes its title.

As a Washington correspondent who writes about health policy for The Times, I’ve been covering the Trump administration’s coronavirus response. I spoke with Gibney and his co-directors, Suzanne Hillinger and Ophelia Harutyunyan, about “Totally Under Control.” Our conversation was edited and condensed for clarity. (Full disclosure: Michael D. Shear, a Times White House correspondent, is featured in the film, and Eric Lipton, a Times investigative reporter, was a consultant.)

SHERYL GAY STOLBERG We’ll begin at the beginning. I’m interested in knowing how this idea came to you.

ALEX GIBNEY A friend of mine had died from Covid, another friend was two weeks on a ventilator. I had other friends who were desperately trying to get into hospitals, being turned away, couldn’t get tests. And it occurred to me that there was something deeply wrong with the federal response to Covid. And so I thought it would be important to do a film — and a film that hopefully could come out quickly — that would focus on the early days, to go back to the origin story to the weeks and months when a lot of this pain and suffering could have been prevented.

STOLBERG Why compare the United States and South Korea?

GIBNEY Because otherwise you might get lost in the notion that something like this just happened, and there wasn’t anything we could do about it. And, South Korea, a country with a highly dense urbanized population — 51 million people — seemed an appropriate comparison.

STOLBERG Did you film this in secrecy?

GIBNEY We didn’t announce it — I think that’s the best way of saying it — to avoid publicity going in, in hopes of trying to persuade people to talk to us.

STOLBERG You interviewed people outside the administration. Did you ask for anyone else inside to talk to you?