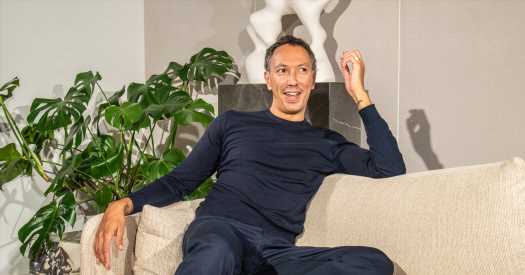 The word is a homophobic slur in Afrikaans, and the scene comes about 30 minutes into Oliver Hermanus’s new film, “Moffie.” It depicts South Africa in the early 1980s, when the country’s white government saw threats from the communists at the border, terrorists at home and the anti-apartheid movement worldwide. Every white man over 16 had to do two years of military service, and “Moffie” suggests the story of a generation through the shy recruit Nicholas van der Swart (Kai Luke Brummer). He endures the brutal basic training designed to brainwash the young men into a paranoid, aggressive defense of the apartheid regime, and is sent to fight on the border, while quietly experiencing an awakening of sexual identity in the worst possible context.

“A scarringly brilliant anatomy of white South African masculinity,” Guy Lodge wrote in Variety upon the film’s premiere at the 2019 Venice Film Festival. It was equally well reviewed in South Africa before its distribution was derailed by the pandemic. The drama is reaching American theaters and video on demand on April 9.

Telling a story set in the apartheid era from a white point of view was not an obvious choice for the Cape Town-born Hermanus, 37, who is mixed race (known as “colored” in South Africa), and did not join the army.

“I did wonder whether my first film set in the apartheid era could really be about white South African men as victims of apartheid,” Hermanus said in an interview in London, where he is about to begin filming an adaptation of Akira Kurosawa’s “Ikiru,” written by Kazuo Ishiguro. “It’s not quite doing Winnie or Nelson Mandela!” 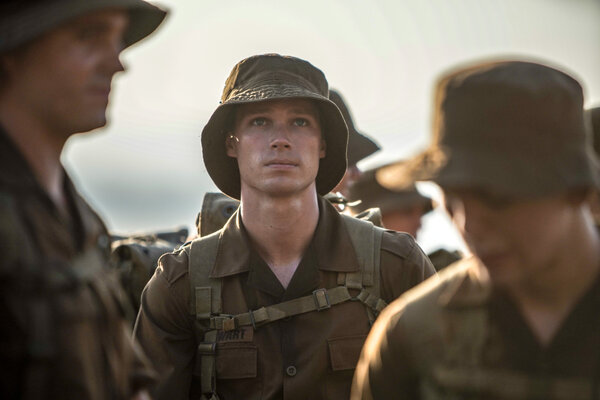 It was the title that intrigued the South African-born producer Eric Abraham (“Ida”), when he chanced upon the novel “Moffie” by André Carl van der Merwe a few years ago in London. “Anyone who has grown up in South Africa knows the power of that word to hurt,” he said in an interview. “It was the most demeaning, derogatory term you could come up with, used by white people to intimidate and de-select those who they feared infecting their ideology.”

Abraham and his fellow producer Jack Sidey approached Hermanus, whose 2011 film, “Beauty,” they admired. He was initially skeptical. “In South Africa, you always arrive with a racial perspective, and that’s how I first thought about ‘Moffie,’” he said. “But something about it gripped me, and I realized that it is really about shame and indoctrination.”

The word, he added, is equally vicious for a straight or gay man, “because it identifies you as an outsider, a man who does not embody the qualities of the strong hypermasculine dominator.”

After working with two writers, Hermanus and Sidey eventually wrote the script together, moving away from the novel’s more personal love story.

“I was more interested in the hurt and indoctrination than the protagonist’s catharsis,” Hermanus said. “I didn’t want to make another gay-centric relationship drama set in the army. I wanted it to be a serious portrait of this generation.”

Hermanus obliquely and subtly evokes Nicholas’s shifting emotions, as the soldier gradually forms a silent attachment to a fellow conscript, Dylan Stassen (Ryan de Villiers). The price of expressing such feelings is made clear in that early scene when the two lovers, bloodied and trembling, are taunted and humiliated. Later, we learn they have been sent to the fearsome Ward 22, where they are the subject of brutal experimental treatments intended to cure homosexuals, drug addicts and others deemed to be deviant.

“It was very important to both Oliver and me that Nicholas wasn’t certain of his sexuality,” Brummer said in a video interview from Cape Town. “His focus is survival, finding out how to fit in, and in finding Dylan something in him ignites, and his understanding of the world shifts.”

The deep social repression of sexuality and of otherness is evoked midway through the film in a brightly colored, sun-dappled flashback to a childhood experience of humiliation, which Hermanus drew from his own memories. It is shot in a single take, one of several unpredictable cinematic decisions that inflect the movie. “We set a lot of rules beforehand about our choices, but sometimes you just surrender to what is there,” said Jamie D. Ramsay, the director of photography, who had worked with Hermanus on two previous films. “Oliver is brave and will commit and say, ‘OK that’s the shot.’”

Hermanus, who was 11 when apartheid ended, said that he had always been obsessed with films, shooting his first movie — “a horror movie, terrible, starring my cousin” — at 13. After earning a degree in film and media studies from the University of Cape Town, he worked at a film production company (“as a slave”) eventually becoming a newspaper photographer. All the time, he said, “I wanted to be a filmmaker, and was living through a depression as a colored South African who just didn’t know how to make that happen.”

A chance meeting with the director Roland Emmerich and his cinematographer, Ueli Steiger, in a Cape Town restaurant led to a friendship that changed everything. “One day Roland said to me, if you can get in to film school, I’ll give you a scholarship,” Hermanus recounted. “Somehow they saw something in me; it’s a perfect example of what it means to invest in people.”

Hermanus went to the London Film School for three years, and made the full-length “Shirley Adams” as his graduation movie. “You are supposed to make a short film, but I wore them out,” Hermanus said. The film’s critical success in South Africa and abroad led to the invitation of a residency in Cannes, where he began to work on “Beauty,” a study of a gay obsession in a tight Afrikaans community.

Like Hermanus’s other films, “Moffie” is the product of what he describes as “forensic” preparation. He researched the era, helped by Ramsay, who had collected images of the South African border war in the ’70s and ’80s before he was involved with the movie. And the director met regularly with the actors for months, working out their back stories, then sent them to a boot camp for a week.

“Oliver created an environment in which anything was possible because we understood our characters and that world,” Hilton Pelser, who plays the terrifying Sergeant Brand, said in a video interview. “I came to understand what Brand is trying to do; in a very dark, very violent way, he is trying to save their lives.”

The movie, Hermanus said, is a reflection of the crumbling of apartheid, the moment when the minority government cranked up fear and distrust because it was losing its grip. There are very few Black figures in the movie, and all are the brief subject of violence or contempt. “I wanted the film to be from the perspective of white South Africa,” Hermanus said, “and that was its reality.”

Despite that perspective, Hermanus feels “Moffie” resonates in broader ways. “I see it as a portrait of the factory, how men were being made in the service of an ideology,” he said. “That relates to their treatment of women, their treatment of other races, how they potentially become the men we identify as problematic today.”

Apartheid, he added, “isn’t one face. It’s a bit like World War II — there are lots of different films you could make. ‘Moffie’ is about just one facet of that history: the beginning of the end.”