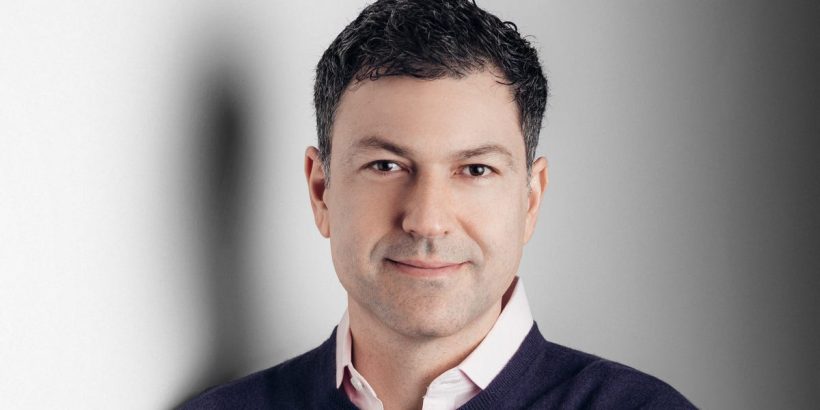 Gandler’s six-year-old media company has tried to challenge pay-TV giants like Comcast with its $65 streaming-TV package.

Skeptics have said since FuboTV’s early days that pay TV was a risky, money-losing, negative-margin business.

But bulls have also been drawn of late to FuboTV’s growing streaming subscriber base, burgeoning ad business, and plan to pursue sports wagering — a hot but extremely competitive market in the US that is currently led by FanDuel and DraftKings.

That sports wagering bit has driven a lot of volatility in FuboTV’s stock lately, as investors try to make sense of the opportunity and how much it’ll cost FuboTV to cash in on it. LightShed Partners, which rates FuboTV a sell, described FuboTV’s sports-betting strategy in January as a “fantasy” that would be too expensive to finance given the competition, even as other investors remained bullish on FuboTV’s combination of live TV, streaming advertising, and sports gambling.

Shares of the media company spiked on December 22 to $62 and are now trading at around $32.

“Evolving companies are often misunderstood,” Gandler told Insider when asked about the debate surrounding the stock. “They also don’t understand that this is a company that has built itself on competing with very large companies. So when I hear things like, ‘it’s impossible,’ or, ‘it’s a fantasy,’ we’ve already disproven that we can’t compete.”

That doesn’t make the evolution that Gandler has planned for FuboTV any easier to pull off.

FuboTV is charting one of the most aggressive courses into sports betting of any US media company. It plans to launch and operate its own sportsbook, taking a different approach than media companies including Fox and Barstool Sports that teamed up with existing online gaming and casino companies to launch betting platforms.

FuboTV has instead, since going public in 2020, used equity to buy startups in the gambling arena. It acquired last year Balto Sports, a small fantasy-sports startup. And in 2021 it bought Vigtory, a sports-betting platform co-led by founder Scott Ratner and former MGM Resorts exec Scott Butera that will underpin FuboTV’s upcoming sportsbook.

Rather, he hopes to use free games and sports wagering to propel FuboTV’s existing video and advertising businesses. He said the current drivers on the company’s path to profitability are the add-ons its sells to video subscribers — like extra channels, a family plan, and additional cloud storage — and its ad business, which grew 133% year over year in 2020 to $29 million in revenue.

Even so, sports wagering has driven a lot of recent action in the stock.

Some analysts, including those at Needham, see the stock mainly as a cheap way for investors to get in on the shift in eyeballs and ad dollars to streaming and OTT that has driven up the valuations of stocks like Roku and The Trade Desk. But FuboTV’s video and ad businesses are pretty well understood and valued at this point, another analyst said. Investors are still trying to make sense of the gambling opportunity.

There’s evidence that sports gamblers tend to be more engaged than other sports fans. The thinking at FuboTV is that gaming and gambling could encourage people to spend more time on the service, thereby reducing the likelihood of churn and helping boost the average revenue the company generates per user (ARPU) through wagering, advertising, and other means.

Gandler’s long-term vision is an interactive experience that brings free games and wagering into the viewing experience. He envisions watching a live game on FuboTV, using voice controls and computer recognition to pull up information about a player on screen, seeing bet suggestions based on your gambling history, and then initiating a bet through the sportsbook. He also sees opportunities to layer in commerce based on the company’s data, such as the ability to order Buffalo Wild Wings for home delivery during a game.

“Fast forward five years, I’d like to see this going from more of a passive viewing experience to more active participation on the viewer side,” Gandler said. “Ultimately, this is a flywheel that I think is going to improve engagement and retention.” 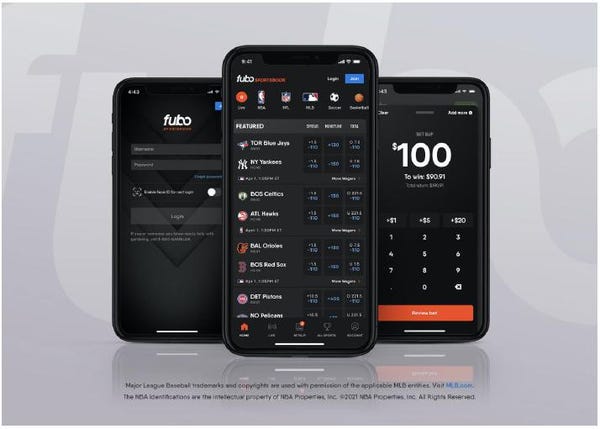 FuboTV isn’t the only media company betting on this potential. Dish Network, which owns FuboTV competitor Sling TV, recently announced a deal with DraftKings that will let TV subscribers view betting odds and fantasy contests while they watch live games, as Variety reported.

Sport betting is also a highly competitive and low-margin business. No. 2 market leader DraftKings and its supplier subsidiary SBTech spent $499 million on sales and marketing in 2020, or roughly 77% of their $644 million in pro-forma revenue that year, as The Action Network reported. Most betting operators, including DraftKings and FanDuel, generate revenue from other games with better margins like fantasy sports or casino games, as well.

But Gandler thinks FuboTV can carve out a niche by leveraging its emerging brand, which is starting to make a name for itself with sports fans through its TV service. FuboTV reported 547,880 subscribers during the fourth quarter, up 73% year over year.

He also said FuboTV could potentially charge more to place bets than larger competitors because its main selling point will be the entertainment experience. If a sportsbook is charging $110 for a chance to win a $100, FuboTV might charge $111 or $112 for the same bet, Gandler said, as an example.

“The key piece of this is that betting is not our key business,” Gandler said. “This is more of an entertainment experience. We’re not looking for the whales that are trying to find the most efficient bet.”

FuboTV isn’t trying to be the next FanDuel or DraftKings, and its CEO says that gives it advantages

Gandler hopes to gradually claw a sizeable share of the developing US sports-betting market, rather than spend out of the gate to challenge DraftKings and FanDuel.

That’s reassuring to some investors.

“I think investors are very concerned that the company will try to compete head-to-head with a DraftKings or a FanDuel,” said Beckel, the analyst at Berenberg Capital Markets, which is bullish on FuboTV. “I’m most on board with David’s vision for the company, which is to create a streaming sports platform that, in their words, ‘transcends the current virtual MVPD model.'” 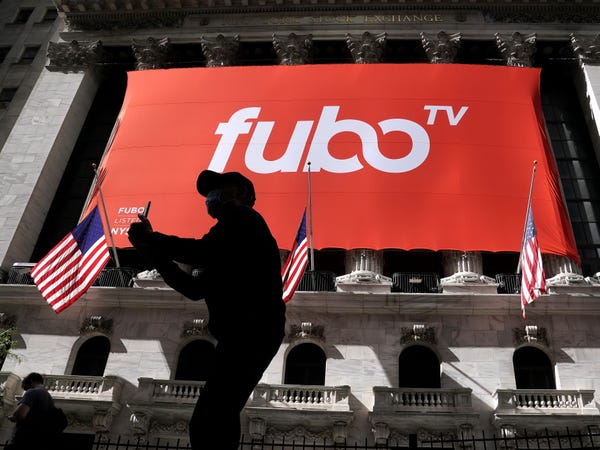 Sports betting, then, is a tool to help FuboTV compete as a virtual MVPD, an industry so challenging that two pay-TV providers, Sony’s PlayStation Vue and AT&T’s AT&T Now, recently abandoned it.

Bears say the profit margins in digital pay TV will continue to be razor thin. But Gandler pointed to FuboTV’s expanded margins since going public in 2020. On an adjusted basis, the company reported a 10.1% contribution margin in 2020, up from negative 3.1% in 2019. FuboTV is not yet profitable.

“I can see the same thing happen,” Gandler said. “We might start off slower, but begin to gain momentum.”

FuboTV’s sports-betting strategy will kick off in earnest in the third quarter with free-to-play games designed to help the company learn more about sports fantasy and gambling behaviors, and build up a national database of potential sports bettors it might appeal to.

It plans to roll out its sportsbook in the fourth quarter, which would mark roughly a year from when the company announced its sports betting ambitions in November. FuboTV has so far secured access through casino partners for its sportsbook in Iowa, Indiana, and New Jersey, where it’s also subject to regulatory approval.

“We’re rushing to get these things out the door because Fubo style is really about iteration,” Gandler said.”Just like we launched our video product — same playbook — you launch it, you learn, you improve, and you rinse and repeat.”