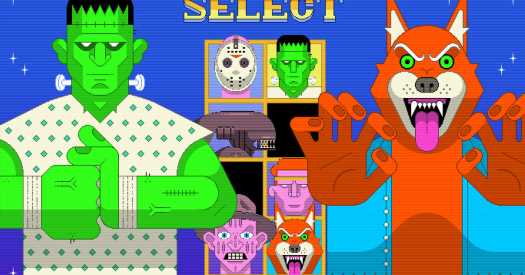 As a kid I was floored by crossover movies, those gimmicky attempts to unite characters from one film franchise with characters from a different one. I was glued to the screen each time the late-night TV movie was “House of Dracula” (1945), a Universal creature feature with not only the black-caped bloodsucker but also Frankenstein’s monster and the Wolf Man. The meeting of horrors and powers and transformations made for a thrilling collision.

The franchise crossover makes a high-profile return with Adam Wingard’s “Godzilla vs. Kong,” the long-awaited megamovie with the mutant brutes from “Godzilla: King of the Monsters” and “Kong: Skull Island.” The film, in theaters and streaming on HBO Max, reunites two creatures who have long and rich histories onscreen, and who dueled way back in “King Kong vs. Godzilla” (1962).

Here are other movie franchise crossovers that, while not always spectacular entertainment, set aside improbability and took a chance with matches that (mostly) clicked.

The studio 20th Century Fox paired two of its popular movie franchises to fashion this big-hit spectacular that’s a prequel to “Alien” (1979) and a sequel to “Predator” (1986). Directed by Paul W.S. Anderson, the film stars Sanaa Lathan and Lance Henriksen as leaders of a team of scientists investigating a heat source in the Antarctic. It turns out that an underground pyramid is actually a hunting ground for the title monsters, and the hapless humans get stuck in the middle. If it all sounds like an expensive-looking video game, you’re not wrong, and fans ate it up. Writing in The New York Times, Dave Kehr called it a “dark, handsome, well-designed” feature that “turns out to be no worse than most mindless summer action films.” If you want more of this dueling-species crossover, there’s a sequel, “Aliens vs. Predator: Requiem” (2007).

Directed by Ronny Yu, this slick horror bout pits Freddy Krueger, the punny slayer of “A Nightmare on Elm Street,” against Jason Voorhees, the masked butcher from “Friday the 13th.” Jason Ritter, Monica Keena and Kelly Rowland lead a cast around a convoluted film that’s more stunt than scary, although it’s a treat to watch Jason, his massive body engulfed in flames, traipse through a cornfield massacring glowstick-waving ravers. There’s also a making-of-the-monster flashback that offers an enlightening snapshot of what drives Jason to rampage. Some horror fans might enjoy watching these two legendary antagonists cartoonishly brawl, but the violence gets tedious. Unfortunately, the only truly shocking moment comes when Rowland’s character calls Freddy an anti-gay slur for a laugh, a reminder of horror’s appalling history with queerness.

Roy William Neill’s black-and-white chiller was the first Universal film to feature lead characters from two of its horror film franchises, a crossover that fans call a monster rally. Lon Chaney Jr. reprises his leading role from “The Wolf Man” (1941) to play opposite Bela Lugosi as Frankenstein’s monster. (Twelve years earlier, Lugosi riveted audiences in “Dracula,” and Boris Karloff was unforgettable as the monster in “Frankenstein.”) The two characters meet when the Wolf Man, resurrected by graverobbers, travels to Dr. Frankenstein’s castle to find a lycanthropy cure, only to discover the doctor’s monster frozen among the ruins. The ending is a doozy, featuring the monsters in frenzied hand-to-hand combat and a dam explosion that washes them to a watery grave. Or does it? Swiftly paced and just the right amount of scary, this film is a solid way to introduce a kid to classic monster movies.

This family-friendly comedy is a twofer crossover of characters and genres. Like a goofball “Gladiator,” it aligns the Three Stooges’ slapstick and one-liners with the exaggerated bravado of swords-and-sandals films like “Goliath and the Barbarians” that were box-office draws in the ’50s and ’60s. Directed by Edward Bernds, this black-and-white romp follows the Stooges as they time travel from Ithaca, N.Y., to ancient Greece. (They’re played by the later-years trio of Moe Howard, Larry Fine and Joe DeRita.) Kids will get a kick out of how eye pokes, gut jabs and other physical bits from the Stooges’ playbook upend a traditional togas-and-muscle adventure tale. Expect giggles when the Stooges beat back evil King Odius with cream pies to the face. The nightmarishly freaky two-headed Cyclops will delight fans of low-fi design but might creep out young children.

Decades before “Gingerdead Man vs. Evil Bong,” the capstone of horror comedy crossovers, there was this straight-to-video misfit from Full Moon Features, a proudly B-movie production company. Directed by Charles Band, it’s a sci-fi horror crossover that pairs characters and story lines from other goofy Full Moon films, including “Dollman” (1991), a sci-fi thriller about the ruler-size intergalactic cop Brick Bardo (Tim Thomerson), and “Demonic Toys” (1992), a supernatural yarn about crazed playthings, including a snarling infant who goes by Baby Oopsie Daisy. There’s also Nurse Ginger, a tiny vixen from a third film, “Bad Channels” (1992), about alien invaders who shrink their female captives. The plot is a delightfully warped mishmash that involves a space gun shootout, soul possession and a vicious action figure named Zombietoid. This puerile pedigree is crossover catnip for fans of no-frills, what-budget, labor-of-love filmmaking.

Stream it on Tubi or FullMoonFeatures.com.