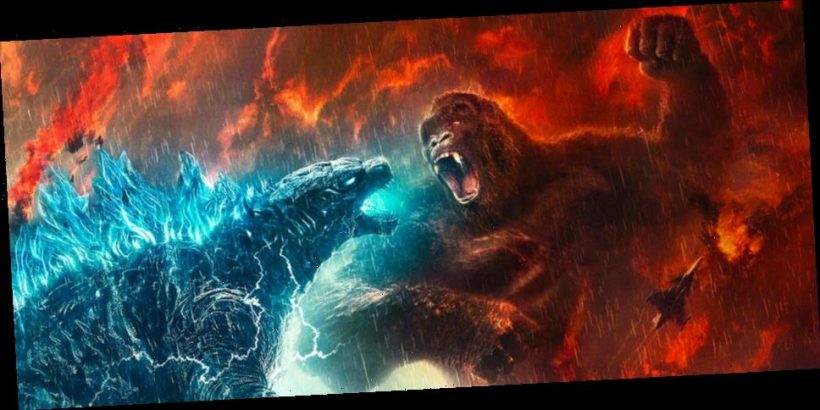 We’re closer than ever to Godzilla vs. Kong, the latest entry in the MonsterVerse that will pit two chonky boys against each other amidst a backdrop of destruction. The marketing for Godzilla vs. Kong has been constant and consistent over the last few weeks, and as we head into the home stretch, here’s yet another trailer!

This is an international trailer that popped-up on Legendary’s Weibo account, and it features a pretty big spoiler, and I mean that both literally and figuratively. So if you’re trying to go into Godzilla vs. Kong unspoiled you probably shouldn’t watch this one.

Still here? Okay, well, don’t say I didn’t warn you. For a while now there’s been plenty of speculation that Godzilla vs. Kong would feature Mechagodzilla, a giant robotic version of Godzilla that first appeared in the 1974 film Godzilla vs. Mechagodzilla. Some even claimed that they could spot the giant robot in the first trailer that arrived back in January. Since then, Mechagodzilla has also been glimpsed via toy releases associated with the film. But toys aren’t always confirmation – sometimes, movie tie-in toys will be released that have no bearing on the finished film (Batman toys are notorious for this).

But if there was any lingering doubt, this international trailer puts it to bed, giving us multiple shots of Mechagodzilla in action. We don’t see the giant robot’s entire body in one shot, but it’s still pretty damn clear that the character pops up in the film at some point. Of course, we still don’t know how Mechagodzilla plays into the film. Does Kong put on the giant Mechagodzilla suit to fight Godzilla? No, that probably doesn’t happen – but I can dream.

In Godzilla vs. Kong, “Legends collide as these mythic adversaries meet in a spectacular battle for the ages, with the fate of the world hanging in the balance. Kong and his protectors undertake a perilous journey to find his true home, and with them is Jia, a young orphaned girl with whom he has formed a unique and powerful bond. But they unexpectedly find themselves in the path of an enraged Godzilla, cutting a swath of destruction across the globe. The epic clash between the two titans instigated by unseen forces is only the beginning of the mystery that lies deep within the core of the Earth.”