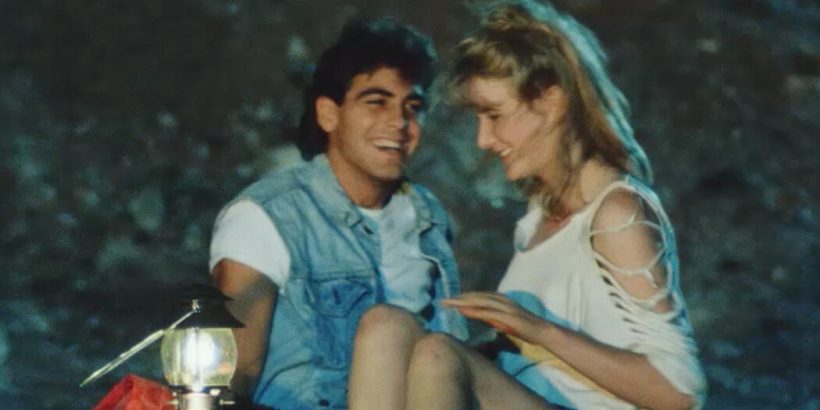 Directed, with almost touching incompetence, by Andre Szots, this grievous sequel to the mystifyingly popular 1976 dud, “Grizzly,” is comprised mainly of footage filmed in Hungary in the early 1980s and — except for an unfinished bootleg that surfaced occasionally online — never released. Rescued by the resolute producer Suzanne Csikos-Nagy, the movie unfolds in a national park that’s gearing up for a gigantic rock concert. As unwitting fans arrive in droves, a crazed mama bear whose cub was shot by poachers is offing every woods-wandering fool who crosses her path.

“You got the devil bear!,” a folksy trapper named Bouchard warns a softhearted official (Deborah Raffin) and a spiffy park ranger (Steve Inwood, whose labradoodle coiffure does most of the emoting). Accessorized with a matching set of axes, Bouchard (John Rhys-Davies, masticating every ludicrous line with Shakespearean gusto) resembles nothing so much as a sylvan Captain Ahab.

A steroidal score and endless shots of excruciating musical acts interrupt his search — and ours — for the barely-seen bear, whose point of view dominates the risible attack scenes. Dopey dialogue and less-than-scrupulous continuity augment the ramshackle vibe of a movie that’s too inept to qualify as camp or cult. The ending, moreover, is insultingly undignified: The slayer of Clooney and company might be animatronic, but she deserves a more exalted send-off than this one.

Grizzly II: Revenge
Not rated. Running time: 1 hour 14 minutes. In theaters and available to rent or buy on Amazon, Apple TV and other streaming platforms and pay TV operators. Please consult the guidelines outlined by the Centers for Disease Control and Prevention before watching movies inside theaters.