Netflix wants to take over your festive viewing with its new movie The Christmas Chronicles that stars none other than Kurt Russell as Santa.

Ahead of its release next month, the first official trailer has landed for the family movie that is produced by Chris Columbus who has festive pedigree, having directed Home Alone and its sequel, while he also worked on the Harry Potter franchise.

And based on the fun trailer, it looks to be the perfect Christmas treat, so crack out the mulled wine and mince pies.

The Christmas Chronicles sees a brother and sister (played by Big Little Lies star Darby Camp and The Babysitter‘s Judah Lewis) try to prove that Santa is real by catching him on camera on Christmas Eve.

Unfortunately, this only leads to his sleigh crashing in Chicago and putting Christmas at risk, so Santa has to team up with the siblings to get Christmas back on track before it’s too late. 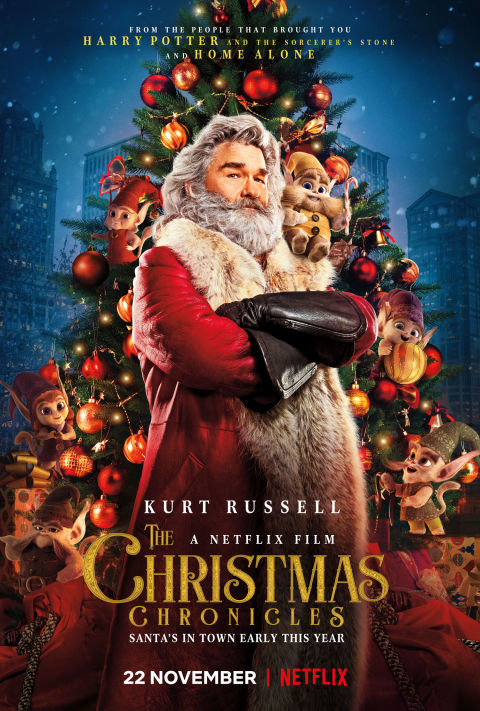 It’s based on an original idea by Matt Lieberman and Designated Survivor‘s David Guggenheim, with Lieberman writing the script and Clay Kaytis – who’s worked on Disney hits Frozen and Tangled – directing.

The Christmas Chronicles arrives on Netflix on November 22 and if you think that’s a bit early for a festive movie, then just add it to your list and save for a more appropriate moment.