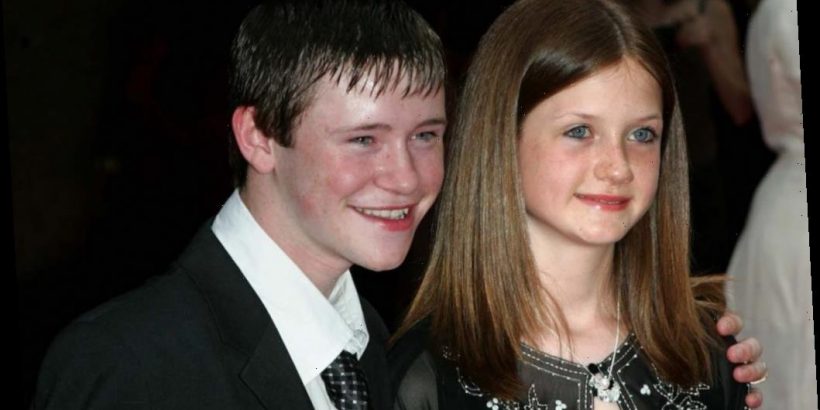 Fans never got to see Dumbledore’s (Michael Gambon) funeral on the big screen. But Harry Potter actors talked about filming that big moment. Devon Murray, who played Seamus Finnigan, said it was hard to do.

Dumbledore died in ‘Harry Potter and the Half-Blood Prince’

His father, Luscious (Jason Isaacs) asked Severus Snape (Alan Rickman) to do it instead so Draco wouldn’t fail. Snape does kill the headmaster in the Astronomy Tower and Harry watches it all.

Devon Murray said it was hard to film the funeral

Seamus Finnigan was an Irish half-blood wizard. He was in Gryffindor and the best friend of Dean Thomas (Alfred Enoch). Murray has appeared in every movie of the franchise.

Dumbledore’s death is a huge moment for the franchise. Murray explained to Crooked Llama what it was like to film his funeral.

“When Dumbledore died,” he said. “I’d missed a lot of filming in that movie because I was really ill. I’d got Bell’s Palsy. And I was only there for maybe a month on set.”

He continued, “But it was so hard. We were absolutely freezing. It was so cold outside. And in the middle of the night, like three or four o’clock in the morning filming. After doing it so many times, it was hard to keep crying and things like that.”

Sadly, the funeral scene in the Great Hall was cut from the movie. David Yates once said this was because a funeral felt so final and it messed up the rhythm of the movie, according to Hypable. Another actor talked about it being hard to film the funeral for a different reason.

Rupert Grint had a hard time filming for a different reason

Murray isn’t the only actor to talk about filming that scene. Rupert Grint, who played Ron Weasley, talked about messing up multiple takes.

He admitted to laughing during inappropriate scenes like Dumbledore’s funeral during “Tom Felton’s Home Party,” according to Insider. Grint said, “Dumbledore’s funeral was a particularly bad one. For some reason, I found that absolutely hilarious. And yeah, once you start laughing, it’s very hard to stop. It just becomes a thing.”

The actor got a nickname for this. “I had a particularly bad reputation, they used to call me ‘Go Again Grint’ because I just could never do anything without doing it like 20 times,” he revealed.

Some fans might be shocked by Grint’s reaction, and they might never get to see the funeral for themselves. But it sounds like the actors had to do a lot of crying for the scene.