Ever since the Worlds of DC (formerly the DCEU) launched with Man of Steel in 2013, it’s fair to say it has struggled in the wake of Marvel’s box office domination.

However, that could be about to change as Warner Bros and DC have made their best decision yet – maybe their first really good decision – following the surprise news that James Gunn is making the move from Marvel to work on Suicide Squad 2.

Gunn was controversially fired by Disney as director of Guardians of the Galaxy Vol 3 in July when jokes from 2008-2012 about rape and other controversial subjects from his Twitter resurfaced. The firing led to outrage from Marvel fans and Guardians of the Galaxy cast members, most notably Dave Bautista – who has already expressed an interest in following the director to DC.

Very few people would have guessed that Gunn’s next move would be to cross the comic-book divide and join DC, although there’s no doubt that it makes perfect sense and is a major coup for Warner Bros.

By capitalising on arguably Disney’s biggest mistake with the MCU, Warner Bros has both hired someone who is perfect for Suicide Squad 2 and instantly boosted interest in a sequel that wasn’t exactly eagerly awaited.

Whether or not Gunn goes on to direct the sequel, the reaction to his firing showcased how popular he is as a director. His presence on Suicide Squad 2 would likely lead to even the staunchest #TeamMarvel fan checking out the DC offering.

Sure, he doesn’t exactly have a high bar to live up to, but that doesn’t mean we shouldn’t be excited for the prospect. 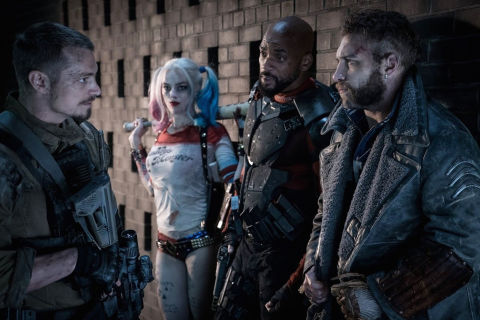 It’s easy to forget that Guardians of the Galaxy was a gamble when it was first announced, but in Gunn’s hands, both movies delivered critical acclaim and huge box office, to the extent that the third movie was one of only two confirmed straight off the bat for the mysterious MCU Phase Four.

Even with minimal comic-book knowledge, the comparisons between the Guardians and the Squad are clear to see: a group of misfit renegades brought together to save the day against their better judgment.

What’s more, Suicide Squad could be an even better fit for Gunn’s sensibilities than Guardians ever was, as the Squad don’t have to be heroes like the Guardians are. Putting aside his work on the Scooby Doo movies, Gunn’s experience before Marvel was in much darker fare, such as the Dawn of the Dead remake, horror-comedy Slither and twisted original superhero effort Super.

After the high-profile move, you’d have to assume that Warner Bros will give Gunn free rein with Suicide Squad 2 and that can only be a positive thing.

“After writing something like 50 issues of Suicide Squad, that first Guardians movie pretty much tonally nailed what the Squad should be. With more villainy, yes. But that’s a volume dial switch from 9 to 10, really. It’s ALL about character,” he said.

Gunn has proven that he can deliver movies that are ensemble-focused without a lead character that also manage the tricky balance of quirky humour with blockbuster-sized action set pieces. All of the Guardians have become fan favourites within the MCU and if he can do the same in DC with Suicide Squad characters, then there will finally be a strong basis for crossovers that fans will be excited about.

Unless something goes wrong behind the scenes, Gunn and Suicide Squad just seems like the perfect fit. Who knows, maybe it’ll lead to Gunn taking a bigger overall position within the Worlds of DC, working to mould the future of a franchise that sorely needs focus.

For now though, Warner Bros and DC can celebrate bringing a popular director on board its ailing franchise and, for once, getting the upper hand on Marvel.