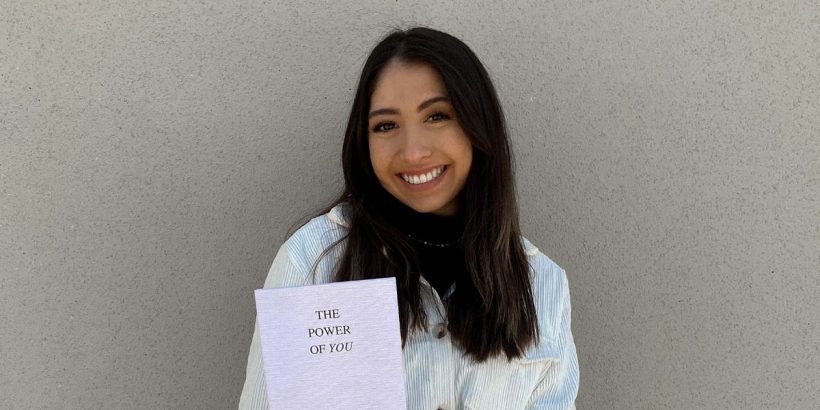 From merchandise to online courses, influencers are using both physical and digital products to make money outside of brand deals. And even “micro” influencers — those who generally have between 10,000 and 100,000 followers on a given platform — are cashing in.

Lesley Silva, a 23-year-old micro influencer based in Dallas, Texas, self-published through Amazon and Barnes & Noble a “self-growth” poetry book at the beginning of 2021 titled “The Power of You.”

“Insta-poets” are no stranger to the Instagram feed. Aesthetic graphics with stylized text are a popular form of content on Instagram, often posted and reposted to the feed or Stories. Take Rupi Kaur as an example, who now has over 4 million Instagram followers and whose all-lowercase, minimalist poems became synonymous with Insta-poetry.

But creators don’t always need millions of followers like Kaur to start earning money from their poetry (or other DTC product).

Silva, who has about 11,000 Instagram followers, used Instagram to share her poems leading up to the publication of the book, and to help get her newly published book in front of hundreds of thousands of people.

“I knew I needed a strategy to get the word out since I wasn’t with a publisher,” Silva said. “I was a one-woman show.”

In December, Silva started out with a list of 15 influencers that she sent emails to. The initial list was a mix of influencers who Silva had admired and who she thought might enjoy reading the book, she said. Then she expanded that list a little more to 25 influencers.

Her emails were personalized, but Silva kept her pitch short and straightforward. She included a few snippets from the book and told the influencers that she could send them a PR package if they were interested. And even though Silva had no budget to pay the influencers, many answered and she sent the book to 12 creators.

“It has to be influencers that have the same concept, the same branding that I’m providing,” Silva said. “That was really key to making it work and having them share without paying anything, because I wanted it to be authentic.”

A handful of influencers — from “nano” influencers with a few thousand followers to others with hundreds of thousands — have now posted about Silva’s book on their Instagrams. For instance, Jess Conte, an influencer with over 2 million Instagram followers, posted a picture of the book to her Instagram Stories a few weeks ago.

“Something that really helped was that I personalized all the PR packages,” Silva said, which included the book and a handwritten note.

“Another thing that’s helped me is that influencers have been using my book as filler photos, so that also drives traffic,” Silva said, referring to the aesthetic “filler” posts some creators upload between pictures of themselves or more topical posts.

Since January, she’s sold about 270 copies on Amazon and a few more through Barnes & Noble, Silva told Insider. If an influencer shared a link to her book, most directed followers to the Amazon listing. So far, she’s earned about $1,150 through royalties (after Amazon takes a percentage). Insider verified these sales with documentation provided by Silva.

Typically, Silva earns between $3 and $6 per copy sold, and this varies per country, she said.

Amazon and Barnes & Noble get more than half of what she earns per sale, but also cover the production, printing, and shipping of the book. Other than the $150 fee to purchase an international standard book number (ISBN), Silva’s only other costs were marketing expenses.

The total marketing expenses for sending out books to 12 influencers was about $170, Silva said. This included shipping, packaging, and purchasing author copies of her book. Amazon allows authors to purchase their own copies at a discounted rate.

But to get this marketing plan going, she started with an email pitch.

Each email followed a similar structure, but Silva personalized the introduction, telling the influencers why exactly she wanted to share the book with them. Then, she would adapt the last paragraph depending on the creator, as well.

Here is an example of the pitch she sent to influencers:

I hope this email finds you well. I wanted to start off by [telling them why I love following them, how I connect with them, and anything I have learned from them/how they have inspired me].

I wanted to reach out and see if you’d be interested in receiving a copy of an upcoming book written to encourage, motivate, inspire, and remind us women of our worth and power to create our very best life.

If this is something you connect with I would love to send you a copy before it goes live to the public, without requesting you to post/share it. As I want it to be your genuine opinion if you do love it enough to share it with your audience 🙂

I have attached a few of the pieces that will be in this book for you to see if it’s something you would enjoy reading on a Sunday morning with a cup of coffee. I also have more info on my Instagram @lesleydianaa and the B&N link is here.

I look forward to hearing from you and wish you the happiest day!”