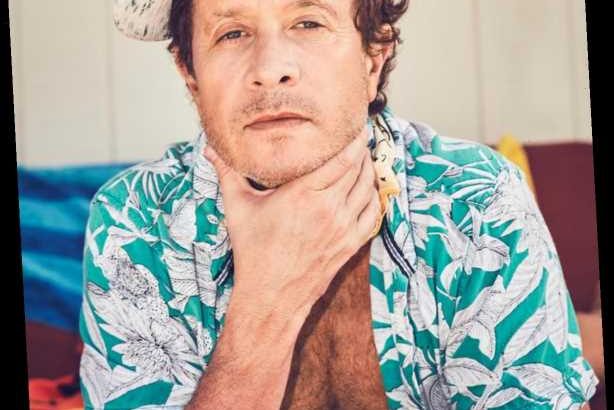 It turns out, the world can't get enough of the Weasel.

After a 10 year hiatus from acting to concentrate on his stand-up tours and various podcasts, Pauly Shore, 52, returned to the big screen in September 2020 with the raunchy comedy Guest House.

It turned out to be an On-Demand hit.

In late September, Guest House (now on Netflix and DVD) was one of the most viewed films at home, just four spots behind Pete Davidson's King of Staten Island, and one spot behind the Harry Potter films franchise.

Shore, who had big success with comedies in the early '90s with films such as Son in Law and Bio-Dome, said being back on set after so long felt like being home.

"It really did," he told PEOPLE in September. "I was starring in movies for so long, and it turns out I really missed it. I missed the camaraderie on the set, I missed the caterers, the wardrobe people, the makeup person…working with fun actors. Getting back into it just came second nature, almost like surfing." Shore, who grew up the son of comedians Sammy and Mitzi Shore (his mother famously ran The Comedy Store in Hollywood in the '70s, '80s and '90s),  spent much of the past 20 years touring the country doing stand up—which he's still doing regularly. (He has upcoming shows this month in Daytona, Orlando, Tampa and Port Charlotte, Florida)

"Stand up saved me," he said. Beginning in the late '90s, Shore hit the road touring every city in North America, meeting people from all over the country. "It was in me from when I was little," he said of doing stand up and wanting to make people happy. "I was a funny kid, and loved making people laugh."

He also loves that Guest House has been doing so well.

"Reading the comments on the trailer, it makes me feel good that people miss me, and want to see me back," he said. "And it's old Pauly, which is cool. It's that old crazy, nutty guy." He added, "It feels like it's back to the old days. And I think this style, for me anyway, giving it to the world is more important now than ever."

He had no idea it would get such a positive response. "I didn't know how people would respond to this film, but I think now the timing is just so perfect because everything is … I mean, you watch TV, it's all the dramatic doom and gloom. So this counters that. So hopefully people check it out and can have a little escapism and laugh a lot."

Guest House is now on Netflix, Amazon Prime, and DVD and Blu-Ray