“He and I were really into getting him scraggly … and growing a beard that his wife [Sofia Vergara] really hated,” director Adam Egypt Mortimer says

In “Archenemy,” Manganiello plays Max Fist, a disheveled homeless man who claims to be a hero from another dimension who fell through time and space to Earth, where he has no powers. Max teams up with a local teen named Hamster (Skylan Brooks) to wipe out the local drug syndicate.

“This is a character that you simultaneously believe that he is Superman; he has the strength, the incredible handsomeness, the heroic vibe. But he is also completely broken and degraded. Joe and I were really into deconstructing his look, f–king up his teeth, getting him scraggly and growing a beard that his wife [actress Sofia Vergara] really hated,” Mortimer tells TheWrap. 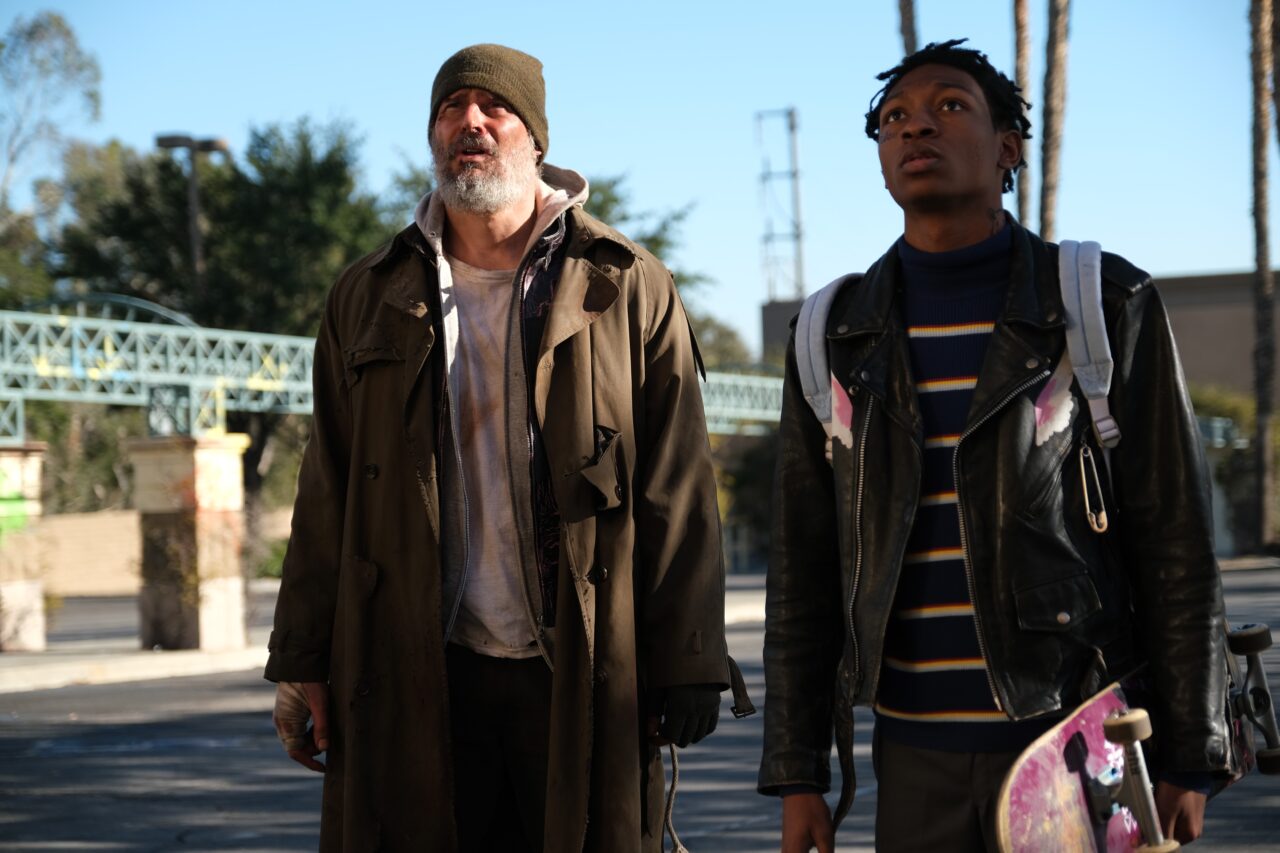 “Because he’s so overwhelmingly handsome, we think of him as the ‘sexy man.’ [But] he’s also an excellent actor who studied theater at Carnegie Mellon and did Tennessee Williams plays,” Mortimer says, praising Manganiello’s ability to perform both the emotional and physical parts of the Max Fist role.

Max rants about being an exile from the world Chromia, where weapons including “intelligent asteroids” and “killer robots” are deployed against him. He babbles about crashing through dimensions and string theory. Of course, no one in the “real world” believes Max’s stories; they’re just the words of a drunken homeless man — a far cry from the clean-cut or playboy alter-egos of established heroes like Clark Kent, Bruce Wayne or Tony Stark.

“I wanted to focus on the poetry of hearing all these crazy science fiction terms that he’s speaking with longing and assuming [the audience] is on board. And if you don’t get it, that’s also ok because that’s how everybody around him feels,” Mortimer explains.

Mortimer adds that the saturation of superhero films allows viewers to jump right into “Archenemy” without bothering about a deeply developed back story or universe, though he has created one for Max and Chromia.

“I don’t need to do an origin story. I don’t have to do conventional setups and payoffs,” Mortimer says. “I’m just going to talk about vast cosmic ideas and intimate emotional feelings in terms where I assume the audience knows it and can catch up.”

“I think audiences already had a built-in familiarity with these kinds of characters that we can do something completely different with it,” he adds. “A big part of my motivation was thinking about it in terms of the film’s aesthetics — what kind of movie do I want to be feeling and seeing and experiencing — which is very different than the general aesthetic of superhero movies.”

The result is a bold graphic style a bit reminiscent of legendary comic book artist Bill Sienkiewicz, whom Mortimer says he was partly inspired by. The animations take over when Max recalls his life on Chromia and the battle with his archenemy, Chloe (Amy Seimitz). The trailer below doesn’t spoil that aesthetic, but the film’s poster gives a glimpse. 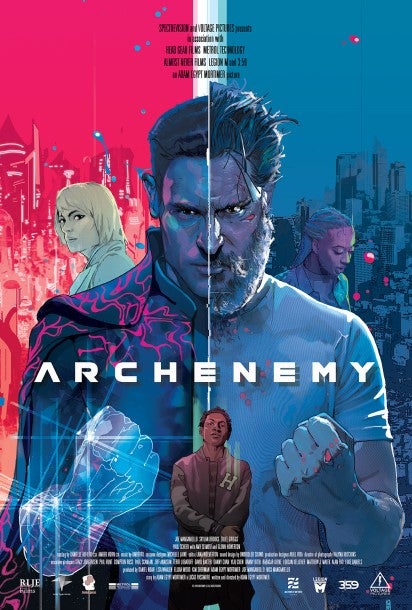 “We landed on a design style for the animation that is deliberately that is very abstract and very psychedelic, it feels like a dream or a memory or a fantasy,” Mortimer says. “One of the big influences was Pink Floyd’s [1983 film] ‘The Wall.’ That’s a movie with a very concrete story about a man a rock star losing his mind right before going on stage and a lot of his memories are animations.”