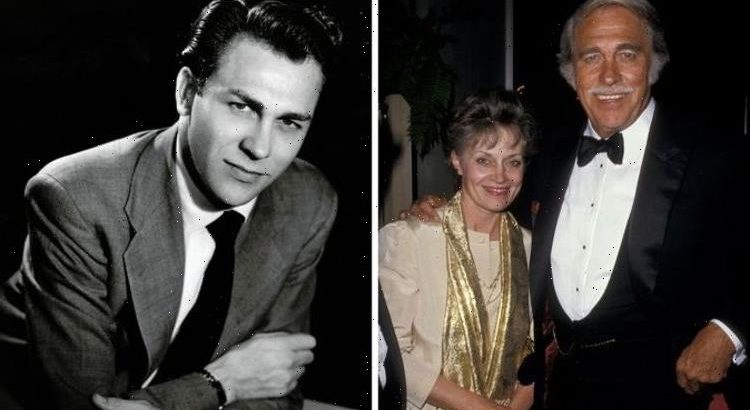 Howard Keel is the ultimate rags to riches story. With his lusty swagger and booming bass-baritone voice, he made a name for himself as one of the world’s finest actors. In a career spanning a remarkable seven decades, he starred in a number of musicals, as well as making both film and television appearances in a range of different things. One film he featured in was Kiss Me Kate, a Metro-Goldwyn-Mayer adaptation of the Broadway classic being shown on BBC Two today.

Inspired by William Shakespeare’s The Taming of The Shrew, the film tells the story of divorced Broadway stars Fred Graham (played by Mr Keel) and Lilli Vanessi (played by Kathryn Grayson) after they agreed to co-star in a musical adaptation of the Shakespeare play.

The only thing that kept the show together was a series of threats from gangsters who had come to collect gambling debts from rising young actor Bill Calhoun, played by Tommy Rall.

The film was received well by the American public, but was unprofitable due to high production costs.

Mr Keel went on to star in a number of different series, before launching a solo singing career, with his first album released in 1984.

Though the first performed poorly, his second album And I Love You So reached number six in the UK Albums Chart.

Prior to his success, Mr Keel had endured a difficult upbringing.

Born in Gillespie, Illinois, as Harold Clifford Keel in April 1919, he grew up in a family that struggled with poverty.

The family was so poor that Mr Keel’s school teachers would sometimes provide him with his lunch.

According to an archived obituary of the late actor, published in the Los Angeles Times in 2004, his coal miner father was a heavy drinker and would beat his two sons.

His mother, Grace Margaret, was a strict methodist and banned entertainment of any kind.

The obituary recalled an interview with Mr Keel in 1995. He said: “I had a terrible, rotten childhood.

“My father made away with himself when I was 11… I was mean and rebellious and had a terrible, bitter temper.

“I got a job as an auto mechanic, and I would have stayed in that narrow life if I hadn’t discovered art.

His father died in 1930, and Mr Keel and his mother moved to California.

He worked at Douglas Aircraft Company throughout World War 2, and was encouraged to take singing lessons when his landlady overheard him in full voice.

He spent time working as a singing waiter at the Paris Inn Restaurant in downtown LA, earning $15 (£11.70) a week and two meals a day for his troubles.

Mr Hammerstein selected him as understudy for two of his Broadway musicals — Carousel and Oklahoma.

He once performed the lead role in both shows on the same day, a feat that has never been repeated.

Oklahoma then took him across the Atlantic to London’s West End.

Having endeared himself to the British public, he later toured the UK with a setlist filled with songs from the musicals that made him famous.

On the first date of a 1954 concert at Glasgow’s Empire Theatre, he forgot the words of his songs three times, but the crowd gave him a helping hand.

The Glasgow Evening Times reported at the time: “But with such a handsome big laddie on the stage, working so hard and trying to please, what did his Glasgow audience do but sing the elusive words to help him out?

“The more he forgot the louder they sang, and the more they clapped and cheered to cover his embarrassment.

“Twice the words of Annie Laurie eluded him, but his blushes soon turned to smiles as his audience showed that they didn’t mind a bit.”

Kiss Me Kate airs on BBC Two on Wednesday afternoon at 1:55pm.