I USED TO BE NORMAL 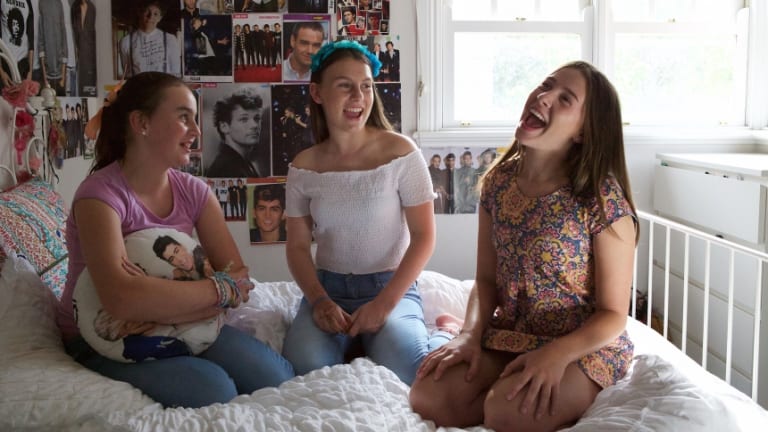 Elif (right) and her friends are devotees of US band One Direction.

Four women talk about their obsessive love for a particular boy band. That's it? Is this what documentary filmmaking has come to in Australia? 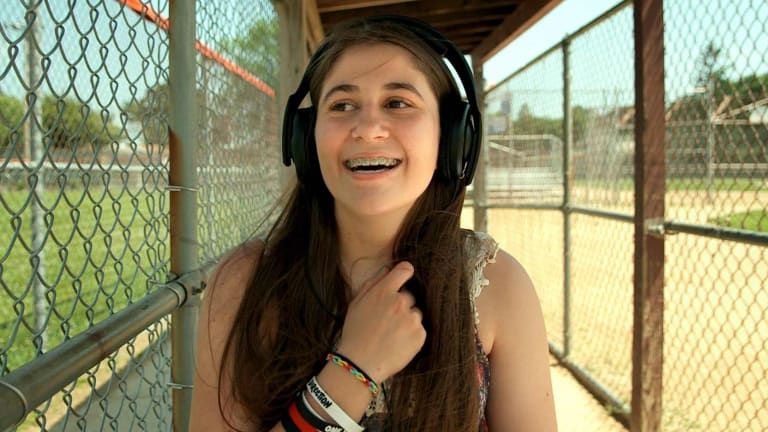 One Direction fan Elif in a scene from the documentary I Used to Be Normal.

Actually, Jessica Leski finds some depth in her topic, largely because she approaches it with humanity, affection and a real sense of curiosity. These four women trusted her enough to let her into their most secret place – the irrational, unconditional, unrequited love each has for a particular set of musical mop-tops.

For 16-year-old Elif in Long Island, New York, there was no life before One Direction. She became famous for a minute on the internet for a video that showed her crying uncontrollably while watching their concert DVD. "I want to have soup with Niall," she says, explaining that Niall Horan loves thick Irish soup. Her happiness depends upon it.

In Sydney, 12-year-old Dara became obsessed with Take That, just when her career as a champion hurdler ended in injury. Her mother refused to let her go to their concert and the boys broke up a year later. Not happy, mama.

In Melbourne, film producer Susan – who's 64 – drags out her box of Beatles stuff from 50 years ago. The fire still burns, as does the memory of being four rows from the front at their Melbourne concert. "You could not hear much … but it was very cathartic."

Leski doesn't pursue the question suggested by that quote. One of the reasons the Beatles gave up live performance was that no one could hear them for all the screaming girls. I guess that would be a different film. This isn't about the boy bands; it's about the power of teenage female obsession, the particular moment in a girl's life when she becomes aware there are young men out there who represent her ideal – and are just dying to meet her.

Dara the hurdler, now 33, is savvy about her own love of Take That, and the marketing construction behind any boy band – but that doesn't mean she loves Gary Barlow any less. She gives a funny deconstruction of "boy band theory": you need three to five boys, aged 17-21. One should be mysterious, one like an older brother, one extra cute (such as One Direction's Harry Styles) and a "forgotten one". There should be no beards, no girlfriends and no direct sexual references, because the fans are about love, not sex.

It becomes gently clear that for each woman, boy-band love has been painful and sustaining. No one else understands the purity of it, the acute longing or the singularity each girl feels. As Sadia says, "I always knew their success was tied to my involvement". To paraphrase Tina Turner, what's music got to do with it?