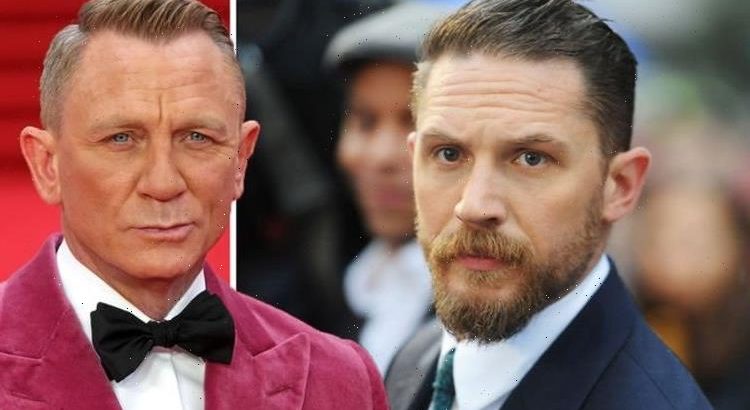 Last night the latest James Bond film No Time To Die had its premiere event in London at the Royal Albert Hall. The film marks the end of the road for Daniel Craig as the international super-spy after five films and 15 years in the tuxedo. Although 007 fans are keen to find out who will be the next Bond actor, it isn’t something Craig is too worried about at the moment.

Currently, the odds on the next Bond suggest the likes of Tom Hardy, Idris Elba or Regé-Jean Page could grab the role.

While everyone has their own opinion on who ought to take over, Craig was keen to dismiss the conversation.

During an interview at the premiere’s red carpet, Craig was asked if he had any preference as to who should replace him after No Time To Die.

He bluntly replied: “Not my problem.”

Despite not wanting to talk about who will take over the Bond role, he was keen to give his own time in the series a proper send-off.

He admitted “sure, yeah” he would miss the franchise and being 007.

Gesturing to the red carpet event, he added: “I don’t know how much I’ll miss this. Maybe. We’ll see. I’ll think about it tomorrow.”

The 53-year-old actor was then quizzed over if he would ever make a return to the franchise in the future.

The reporter asked Craig if he would ever “do a Sean Connery” and come back to the big screen.

They were referring to Connery’s infamous return to ​the role in the 1983 film Never Say Never Again.

The movie was produced by Warner Bros, rather than Eon, and is one of the few unofficial Bond movies.

Connery put the tuxedo back on over ten years after leaving the Eon Bond franchise following the 1971 film Diamonds are Forever.

He said he would “never” return to the series, after appearing in six films as the spy. Craig echoed these sentiments.

With no clues on who will take over from the British star in the near future, fans have been left guessing.

The star did give some details about how sad he is to be moving on from the series, however.

Speaking on The Graham Norton Show, he said: “I thought [Spectre] was [the end]. And I’m really, really happy that I was given the opportunity to come back and do [No Time to Die], because we’ve sort of wrapped up a lot of the stories.”

Craig went on: “And just a chance to come do one more was wonderful.

“It’s been incredible to do these films. It’s very emotional. I’m glad I am ending it on my own terms. I’m grateful to the producers for letting me do that. But I sure miss it.”

He added: “I’ll probably be incredibly bitter when the new person takes over.”