“Just wanted to say hello and thank you so so much for the birthday wishes and love, it means a lot,” he wrote to his 26.6 million followers on Monday, alongside an image of him and his dog Finn.

Several influencers — including fellow beauty gurus Gabriel Zamora and Mariale Marrero — sent Charles warm birthday wishes. Charles is currently facing a series of allegations against him, and underneath each message are replies condemning the comments for their apparent support of Charles.

Charles recently came under fire after several underage boys said they had exchanged explicit messages and images with him. Many of the allegations were posted to TikTok. Charles responded to some of the claims on Twitter in February, and denied knowing the boys were minors. On April 1, in a YouTube video titled “holding myself accountable,”

Charles said he did not explicitly check the boys’ ages because he was “desperate,” and that the idea of being in a relationship became so important to him that he was “willing to trust too quickly, miss out on red flags.”

Charles’ birthday picture was his first social media post since then, other than a short Instagram story in which he denied wrongdoing against his former assistant, who is suing him over claims of wrongful termination and non-payment.

During his career, Charles has collaborated with some of the biggest celebrities in the world, including Kylie Jenner, Kim Kardashian, and Lil Nas X. Many of his famous friends have stayed silent throughout this avalanche of controversies, but others with influence have shown support.

Zamora and Marrero, for example, have 846,000 and 6 million Instagram followers respectively. Other influencers posting supportive messages include Brittany Xavier, who has 1.7 million followers, and Danielle Marcan, who has 1.2 million. TikToker Noah Beck, who has 27 million followers and is dating one of the platform’s biggest stars Dixie D’Amelio, confirmed he believed his friend was innocent in a recent Hollywood Fix paparazzi video.

The tone of Charles’ allies — telling him they miss, love, and support him — is very different from the barrage of thousands of comments underneath his posts telling him to “get off this app” and accusing him of “grooming.”

But this particular perception may not last, as evidenced by the backlash Charles has overcome in the past. In December 2020, Insider’s Madison Hall and Kat Tenbarge wrote about how Charles defied cancelation after his feud with former friends and mentors Tati Westbrook and Jeffree Star in 2019.

The catalyst for what is now known as Dramageddon 2.0 was Westbrook posting an explosive video about Charles, titled “Bye Sister,” in which she accused him of being a bad friend and acting inappropriately with straight men. Star joined in the attack, calling Charles a “predator” and “a danger to society.”

Charles lost 3 million subscribers in a matter of days, but in the aftermath, rebounded with a video that many believed cleared him of the most serious claims.

Hall and Tenbarge wrote that Charles then “went on to outgrow and surpass both creators within a year of the controversy,” and how getting “canceled” may have ultimately prolonged Charles’ career through boosting his exposure and clout — two important ingredients when making a successful influencer. 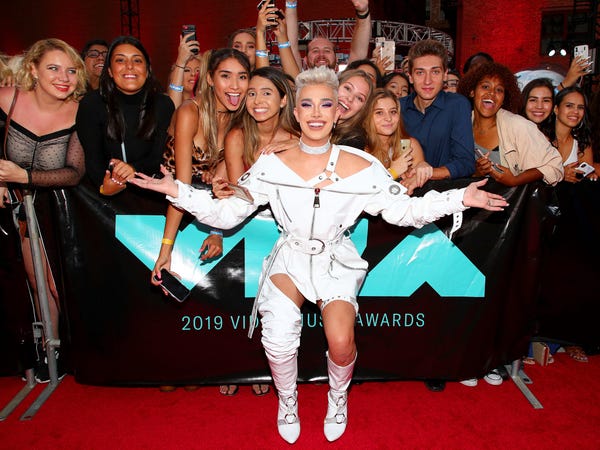 Many influencers live with their every move being scrutinized, but they can also be too big to fail. With 25 million YouTube subscribers, Charles may have crossed a threshold where he is essentially uncancelable, even if hundreds of thousands, or even millions of viewers turn against him.

But Charles has lost relatively few subscribers since February, despite the allegations this time around being much more severe than Westbrook’s claims in 2019. Since YouTube removed live subscriber counts, there may be less of a tendency to unsubscribe to a YouTuber in the midst of a controversy as part of a collective schadenfraude.

Other ramifications may have more of an effect, such as having brand deals and business contracts dissolve. Makeup brand Morphe cut its years-long partnership with Charles in April, for example, after increasing public pressure to do so.

Charles’ future reputation also depends on where the allegations lead. While multiple accusers said they have been in contact with the police, so far no investigation by law enforcement has been confirmed.

To read more stories like this, check out Insider’s digital culture coverage here.