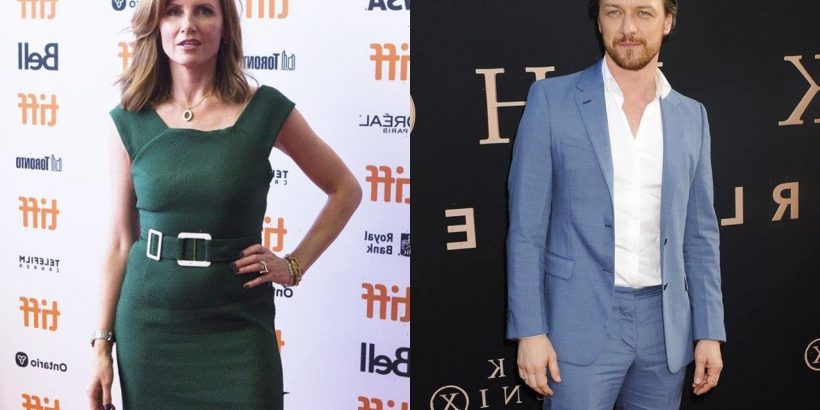 ‘Together’, which is described by the X-Men actor as a hilarious and heartfelt exploration of a relationship, is directed by Stephen Daldry from a script by ‘Utopia’ creator Dennis Kelly.

AceShowbiz -Actors James McAvoy and Sharon Horgan are playing a husband and wife struggling to keep their relationship together amid the COVID-19 lockdown in a new BBC drama.

The stars filmed “Together (2021)” with director Stephen Daldry in just 10 days, from a script by “Utopia” creator Dennis Kelly, who was seemingly inspired by the marital issues many couples and parents have faced during the global health pandemic.

“‘Together’ is about a couple who totally hate each other, but have somehow found a way of existing together by not talking to, thinking about, noticing, communicating with or being in the same room as each other – then lockdown happens,” Kelly explained.

“It’s about how humans negotiate their shared experiences when they think they have nothing in common other than staying alive, and it’s about how you can hate what you love and love what you hate.”

“Glass” star McAvoy admits he was immediately drawn to the project. “Dennis writes so wittily for these characters and his script had me within the first few pages,” he said. “When I heard Sharon was involved with Stephen Daldry directing it was a no brainer.”

“It’s a hilarious, heartfelt, entertaining and unconsciously funny exploration of a relationship and a couple facing real tragedy across a year we have all lived through.”

And Horgan added, “I think everyone who got involved in this film had no intention of doing a COVID drama, but then we read Dennis’ script and changed our minds. We shot this in 10 days so it was a beautifully stressful experience.”

An air date has yet to be announced.