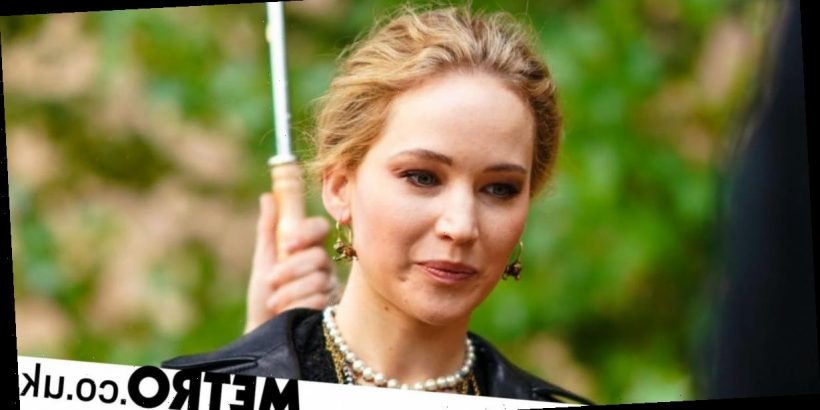 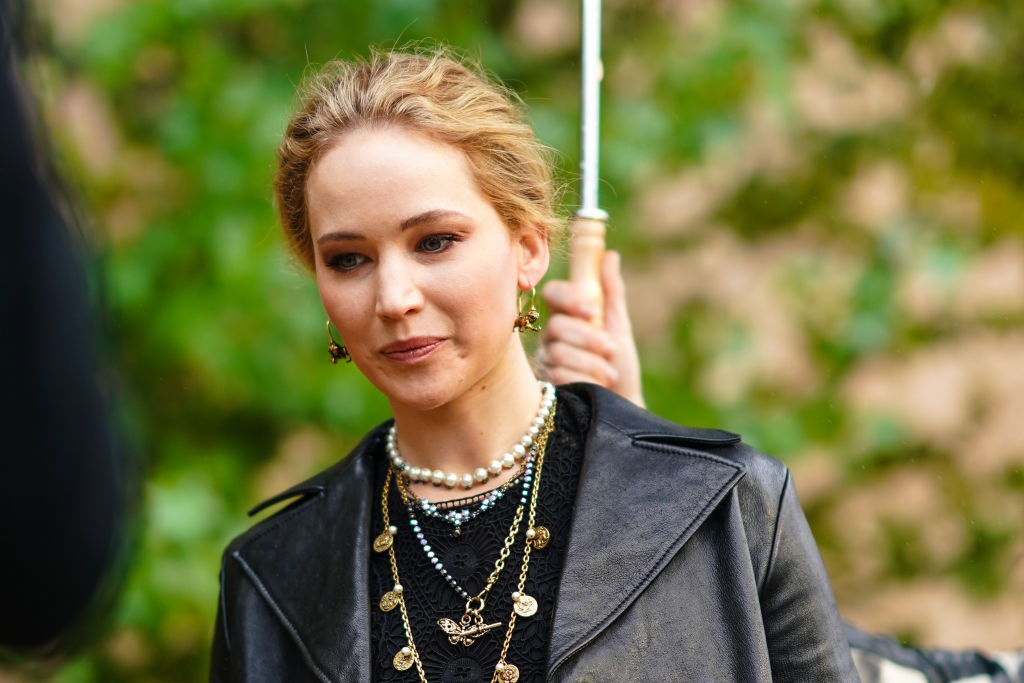 Jennifer Lawrence was reportedly hit by glass on the set of her new movie Don’t Look Up.

The 30-year-old is currently filming the Netflix disaster comedy in Boston, Massachusetts, and was filming scenes with Timothée Chalamet on early on Friday.

However, a controlled glass explosion went awry during a scene, with glass reportedly striking Jennifer’s eyelid.

According to TMZ, the pair were filming a final scene at 1am, where Jennifer was inside a restaurant where a window would explode as part of the scene.

The website reports that the explosion didn’t go to plan and a shard of glass cut the actress’s eyelid.

While sources said that the injury ‘wasn’t that bad’, Jennifer’s eyelid ‘would not stop bleeding’, production was halted for the scheduled Friday shooting.

In Don’t Look Up, Jennifer and Leonardo DiCaprio play ‘two low-level astronomers who must go on a giant media tour to warn humankind of an approaching comet that will destroy planet Earth’.

It is written and directed by Adam McKay, best known for comedies like Anchorman and Step Brothers, as well as the Oscar-winning The Big Short.

Don’t Look Up was scheduled for release in 2020, but like many films, its production was delayed by the Covid-19 pandemic, and is now expected to be released later this year after filming wraps this month.

It will be Jennifer’s first Netflix movie, and 2021 marks her return to the big screen after a quiet few years – during which she got married to Cooke Maroney.

While the Oscar winner starred in 15 films between 2012 and 2016, starting with her role as Katniss Everdeen in The Hunger Games, she only appeared in three between then and now – Mother!, Red Sparrow and Dark Phoenix.

As well as Don’t Look Up, Jennifer will star opposite Brian Tyree Henry in the upcoming drama Red, White and Water, about a soldier trying to readjust to life in America after experiencing severe head trauma in Afghanistan.