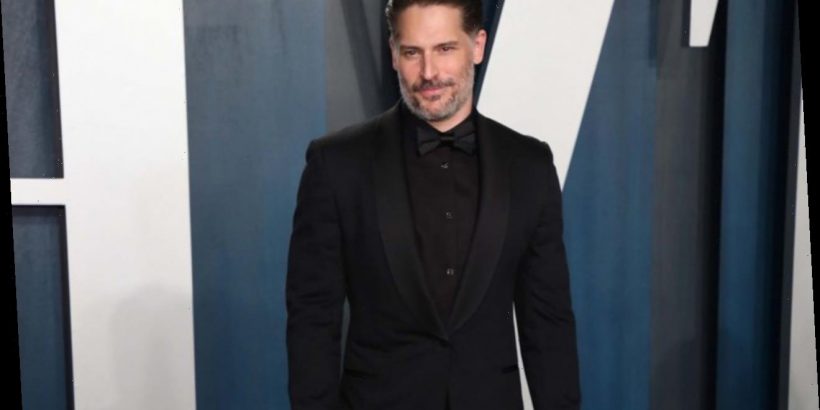 During an interview with Kelly Ripa and Ryan Seacrest, the ‘Magic Mike XXL’ actor opens up about his role in director Stephen Kijak’s ‘Shoplifters of the World’.

AceShowbiz –Joe Manganiello is proud of snagging more than 20 The Smiths songs for his new film.

The “True Blood” hunk took on double duty as star and co-producer – alongside brother Nick – of new film “Shoplifters of the World“, in which he plays real-life DJ Full Metal Mickey, who is taken hostage at a radio station and forced to play the British band’s music non-stop.

“We have 20 Smiths songs, most of which have never been used in film or TV – which is a coup,” Joe raves on “Live with Kelly and Ryan”.

And he’s stoked that he and his brother managed to secure the rights for the songs, including the title track, for director Stephen Kijak’s movie, based on a 1990s Details magazine article.

“Stephen had some inroads to [former The Smiths frontman] Morrissey‘s camp, so he went that way and then we had to go and pitch [guitarist] Johnny Marr‘s camp and send them the script. Johnny and Morrissey had to agree and they did, and then we got the music.”

Recalling the story behind the film, Manganiello adds, “They [Details] interviewed Morrissey and actually asked him about this event…, where a young man was so distraught at the break up of The Smiths in 1987 that he held a Denver [Colorado] hair metal [radio] station hostage and forced the DJ to play nothing but The Smiths all day long to impress this girl he was in love with.”

And Joe didn’t need much persuading to be part of the project. “I loved The Smiths, loved the role, and brought my brother in as my proud partner and we… put the movie together,” he shares.