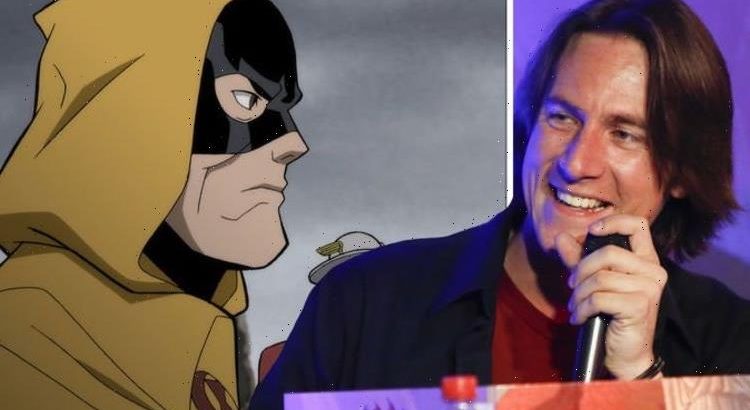 DC Comics are continuing to expand their extended animated universe by focusing on some of their lesser-known characters. In recent months Batman: Soul of the Dragon was released, showcasing the oft-forgotten Batman villains. This month’s release, Justice Society: World War II, tells the alternate history of WW2 in the DC Universe, where the original version of the Justice League – The Justice Society – fought against the Nazis. In an exclusive interview with Express.co.uk, Critical Role star Matt Mercer revealed what made him tick as Hourman.

Hourman, as a superhero, is one of the less remarkable ones.

Real name Rex Tylor, Hourman is a normal, everyday biochemist who created a “miraculous vitamin” (or “Miraclo”). However, when he takes this drug it gives him super strength, super speed and super endurance which rivals his superpowered peers – but for just one hour.

It was this crux for the character which interested Mercer so much in the film’s role.

He explained: “For me, because he’s surrounded by so many iconic superhero characters who have their own specific [voice] – especially because he’s a hero who created his own powers – essentially, he hasn’t spent his life in the upper echelons of Greek gods, if you will.” 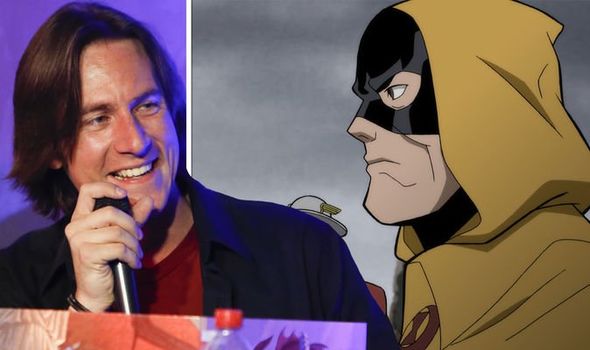 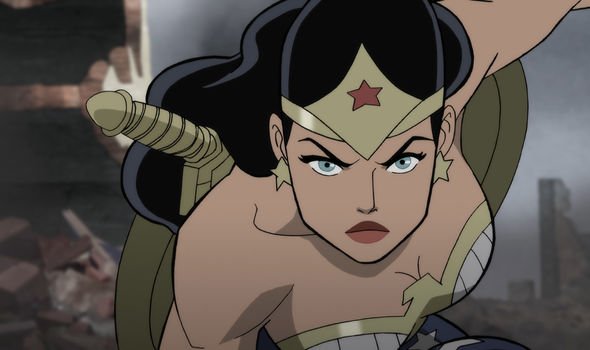 Mercer continued: “So, [I was] trying to ground him as this very human person, someone who is very heroic but also just a dude trying to do what he can using the fruits of his knowledge.

“And, occasionally, letting that strength and rage carry over and help him kind of be a helpful part of that team. I kind of wanted to bring that serious gruffness to [his voice] at times.”

Mercer added: “But in my mind – I don’t know if it comes through strongly – he’s definitely trying to make sure that he can contribute, and that hint of additional drive gives him a continuous push forward of momentum.” 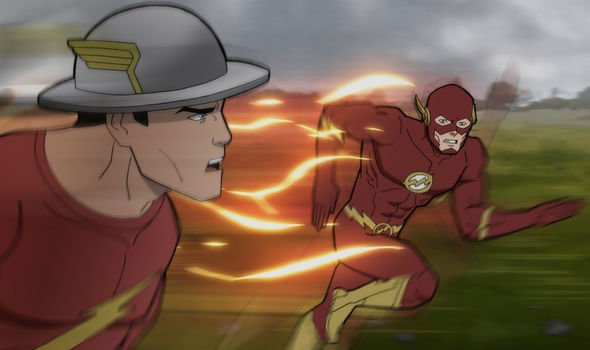 The Critical Role dungeon master also touched upon how exciting it was exploring an era of heroes in DC Comics who aren’t regularly given their time to shine.

He laughed: “This is a golden age facet of the DC Universe which hasn’t really been explored in media – other than the comics.

“And even so, Hourman – this early version of Hourman – it was cool to go back and dive into his history and… he’s a character that became more and more complicated, even after his popularity, in dealing with addiction.”

Historically, various versions of Hourman not only used Miraclo to fight crime but because he had a dependency on it.

Mercer revealed that, although Hourman’s memorable addiction narrative isn’t in the movie, he tried to use it where he could.

He said: “It was cool to weave some subtle facts of that into elements of the performance, just enough so it doesn’t punch through and isn’t a major part of the story.

“A lot of these golden age characters were not given the room to have a lot of nuance. This kind of returned to that area and Hourman, for me, is definitely one of those… on the shoulders of giants in the middle of these circumstances.”

The actor added: “It was kind of fun … to really find where that character comes from and his place amongst these very iconic heroes and make him both stand out and hold his own in that space, narratively and as a performer.”

The DC Comics animated movies continue to expand each year and Hourman plays a big part in Justice Society: WWII.

With smaller characters getting larger parts in the series going forward, would Mercer be open to returning as the hero in the future?: “I would be totally willing to do that.

“If there are opportunities in the future for more Hourman stories to be told I would be happy to be in that space.”