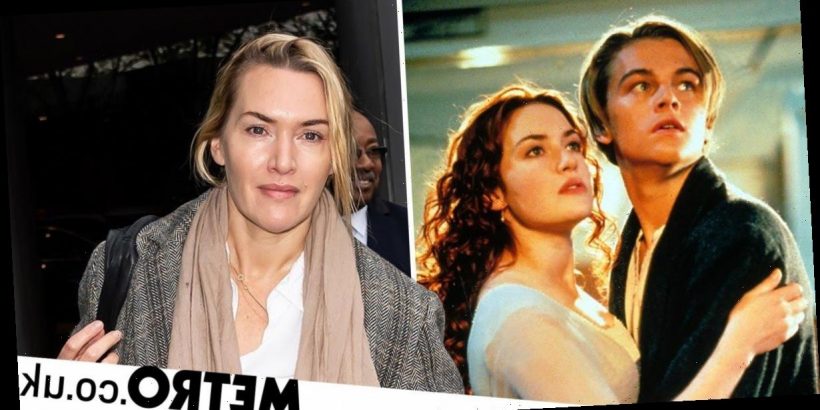 Kate Winslet felt ‘bullied’ as she came under ‘physical scrutiny’ when she shot to fame in Titanic.

The Oscar-winning actress was just 22 when the blockbuster was released in 1997, with the film turning Kate and her on-screen lover Leonardo DiCaprio into worldwide stars.

Now 45, Kate said that she went ‘into self-protective mode right away’ as the press was immediately ‘unkind’ following the success of Titanic.

Speaking on WTF with Marc Maron, Kate said: ‘It was like night and day from one day to the next. Also, I was subject to quite a lot of also personal physical scrutiny, and criticised quite a lot — the British press were actually quite unkind to me.

‘I felt quite bullied, if I’m honest. I remember just thinking, “Okay, well, this is horrible and I hope it passes.”

‘And it did definitely pass but it also made me realise that if that’s what being famous was, I was not ready to be famous, thank you. No, definitely not.’

Titanic – the story of two young people from wildly different backgrounds who fall in love on a ship doomed for tragedy – became the highest grossing film of all time at that point and won 11 Oscars, including best picture.

Kate bagged a best actress nomination for playing Rose DeWitt Bukater and had the world at her feet, but decided not to choose more ‘big’ films after Titanic as she was ‘still learning how to act’ as she’d only ‘been doing it since [she] was 17’.

The star said on the podcast: ‘And so I still felt like I wasn’t really ready to do lots of big Hollywood jobs. It was a huge responsibility. I didn’t want to make mistakes, I didn’t want to blow it — I wanted to be in it for the long game.

‘So I did strategically try and find smaller things, just so I could understand the craft a bit better and understand myself a bit better, and maintain some degree of privacy and dignity.’

Her strategy worked, as she achieved cult classic hits with films like Eternal Sunshine of the Spotless Mind, and in 2008, she won the Oscar for best actress for her role in The Reader.

That’s not to say that Kate has entirely abandoned big-budget movies, though, as she is set to star in the long-awaited sequel to Avatar, with Titanic director James Cameron at the helm.

Kate had to learn how to free-drive in the sci-fi film, to play a ‘water person’ called Ronal.

In filming, she managed to break a pretty impressive record previously held by Tom Cruise, as she held her breath underwater for seven minutes and 14 seconds.

She told Entertainment Tonight: ‘It was brilliant and I was very proud of myself and I’ll probably never be able to do it again.’

Avatar 2, also starring Zoe Saldana and Sam Worthington, is expected to be released in December 2022, and will come 13 years after the original.

Kate will next be seen in the romantic drama Ammonite, in which she plays palaeontologist Mary Anning, who falls in love with a young woman (played by Saoirse Ronan).