AceShowbiz –
Kristen Stewart continues filming “Charlie’s Angels” in Germany. The 28-year-old actress was caught on camera performing her own action scenes for the upcoming reboot during the shooting in Hamburg over the weekend.

Rocking a catchy outfit consisting of a colorful animal-printed top, form-fitting leather trousers and sturdy biker boots, she put on a fearless display as she ran down the street while holding a prop gun on Friday, October 12. Completing her chic biker style, her pixie-cut hair was dyed blonde with a hint of her natural darker locks. 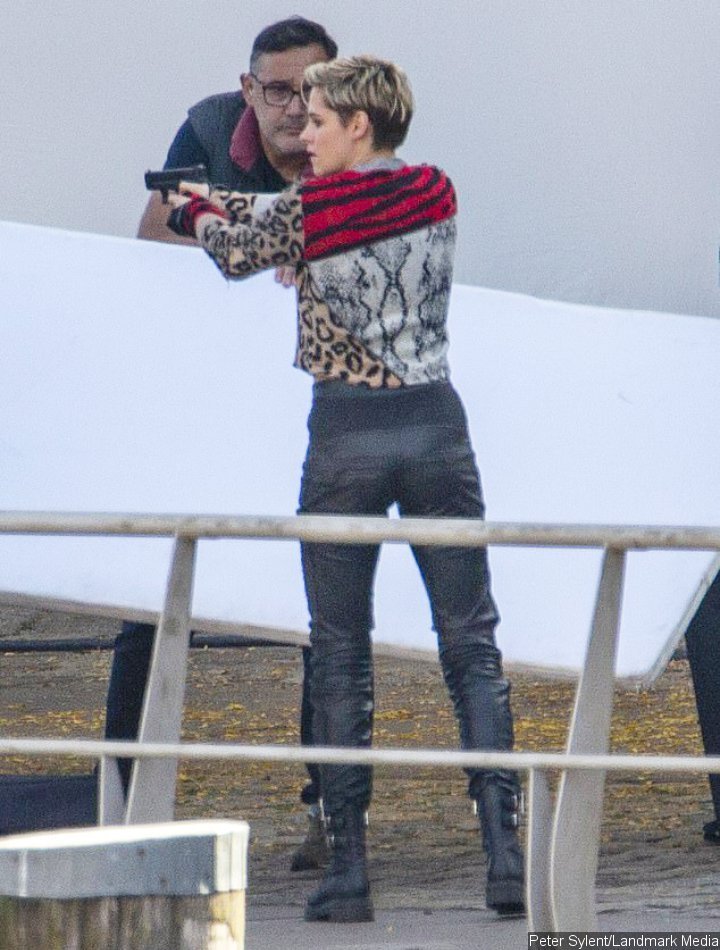 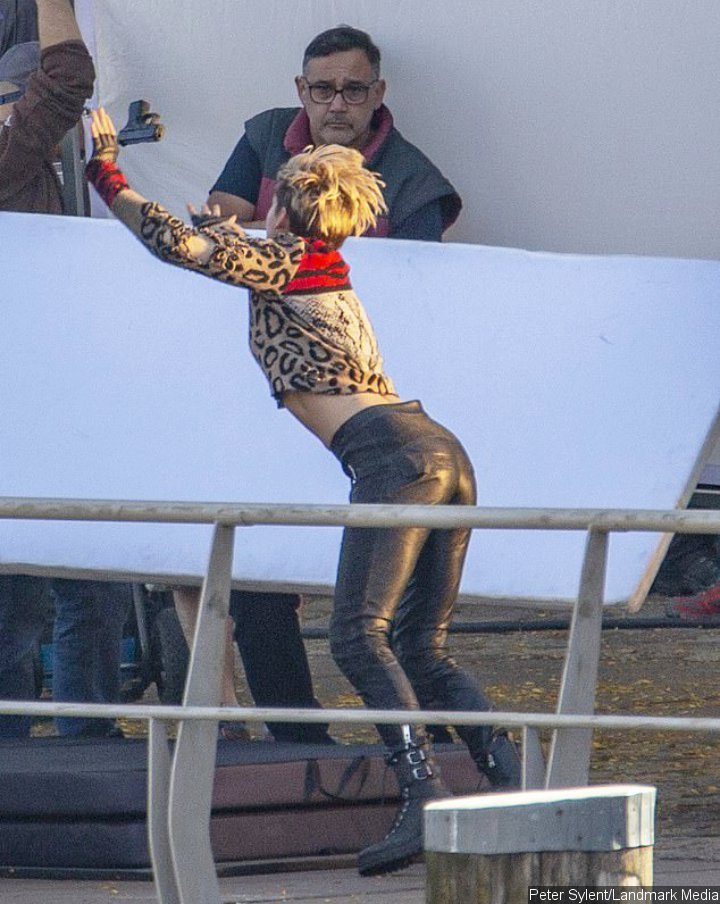 Stewart was joined by co-star Jonathan Tucker on the set that day. Sporting a gray checkered vest and matching pants, he looked like a hit man with a massive gun. 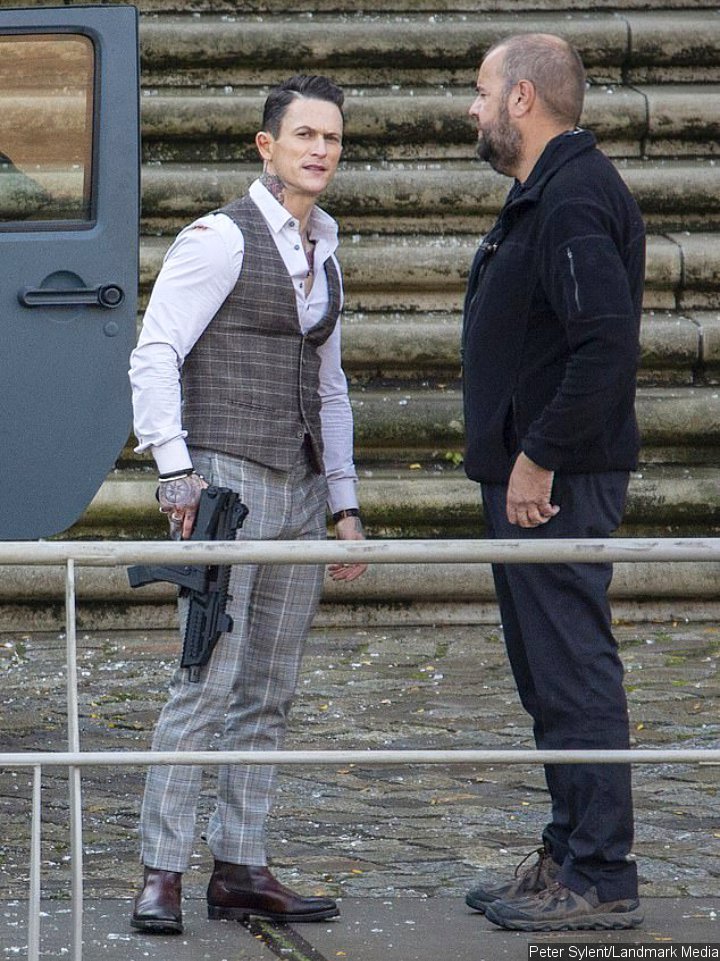 “Charlie’s Angels” reboot centers on the next generation of Angels working for the mysterious Charlie. The Townsend Agency has grown considerably and gone global, providing security and intelligence services to a wide variety of private clients.

Stewart plays one of the Angels along with “Power Rangers” star Naomi Scott and Ella Balinska. Elizabeth Banks, Patrick Stewart and Djimon Hounsou play Bosleys, with “To All the Boys I’ve Loved Before” fame Noah Centineo being cast as another Bosley who develops romantic sparks with one of the three Angels. Sam Claflin and Luis Gerardo Mendez also join the cast.

Banks is directing the film and co-writes the latest draft of the script with Jay Basu based on earlier versions by Craig Mazin and Semi Chellas. Banks and Max Handelman are producing under their Brownstone Productions banner, along with 2.0 Entertainment’s Doug Belgrad and Elizabeth Cantillon.

The movie is set for a September 27, 2019 release in the United States.