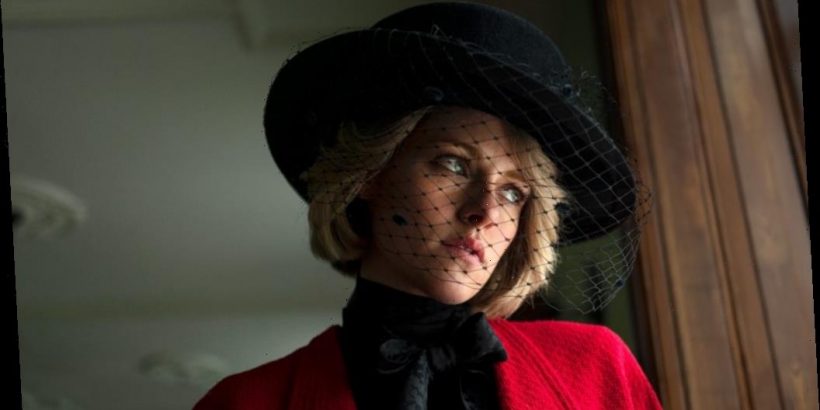 Kristen Stewart is set to play Princess Diana in Spencer, a new biopic that has begun filming. The first image of the one-time Twilight star as the Princess of Wales was revealed by distributor Neon on Wednesday, Jan. 27, sending the internet into a frenzy.

It’s a good likeness, and Stewart has become one of the most celebrated actors of her generation over the last few years, making the film a tantalizing prospect. Plus, Spencer hails from director Pablo Larraín, who previously helmed Jackie with Natalie Portman, indicating that viewers are in for something very different from the usual biopic.

Will this Princess Diana biopic be like ‘The Crown’?

Of course, Spencer won’t be the first time in recent memory that a film or TV series will have tackled the life of Princess Diana. Her story was a major focal point of the fourth and most recent season of Netflix’s The Crown. This might leave some to wonder: how much overlap will there be between the film and the series?

According to Variety, Spencer follows Diana “as she spends the Christmas holiday with the Royal Family at the Sandringham estate in Norfolk, and decides to leave her marriage to Prince Charles.” This is sure to be a highly emotional fraught and volatile time in her life to explore, perfect for the sensibility that Larraín brought to Jackie.

It might also indicate where the story will overlap with The Crown. Season 4 of the series ends with the Royal Family gathering at Balmoral Castle in Scotland for Christmas. During the visit, Diana (Emma Corrin) and Prince Charles (Josh O’Connor) clash with one another over their crumbling marriage and ongoing affairs. Queen Elizabeth (Olivia Colman) also confronts her son and tries to dissuade him from seeking a divorce.

The finale ends with Diana arriving for a group photo wearing a black dress designed to evoke the real Diana’s legendary divorce dress, potentially signaling that, internally, she has committed to leaving her marriage.

This matches up with the synopsis for Spencer in numerous ways, except for the fact that the film will be set at the Sandringham estate, close to where she grew up. The Crown is known to play a bit loose with concrete historical events, so it’s possible that either the series or the film are fudging the details a bit.

Nevertheless, viewers can expect Spencer to most likely cover similar emotional beats to the Season 4 finale of The Crown, but perhaps in much greater detail.

As highlighted in a tweet from IndieWire’s Zack Sharf, Spencer boasts a strong collection of behind-the-scenes talent to match Stewart and Larraín’s contributions. Most relevant to the first image released, the film’s costumes will be designed by Jacqueline Durran, who won an Oscar for her work on Greta Gerwig’s Little Women.

The score will be composed by Radiohead guitarist Jonnny Greenwood. Greenwood has recently turned to film score composition, putting out haunting and impactful work for Paul Thomas Anderson films like There Will Be Blood and Phantom Thread.