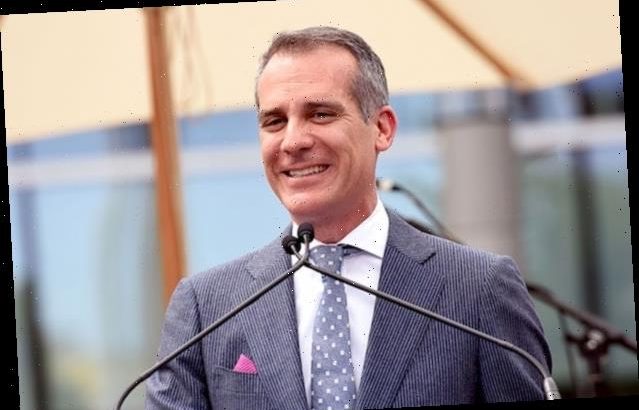 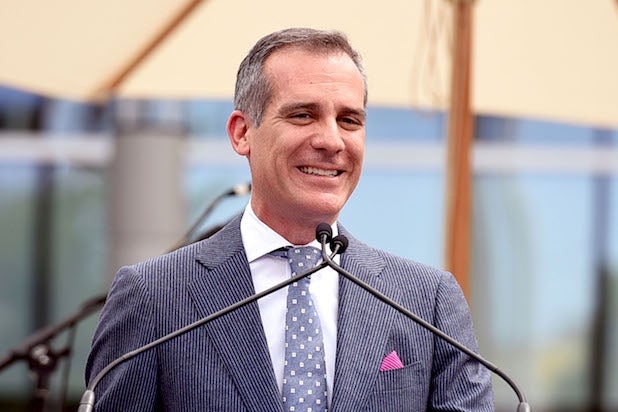 The Dodgers’ Home Opener on Friday was largely a jovial occasion — well, except for Los Angeles Mayor Eric Garcetti, who got loudly booed when he appeared at the game.

The mayor was on hand to help raise the team’s 2020 World Series championship banner behind center field, alongside Dodger owners Magic Johnson and Billie Jean King, city councilman Gil Cedillo and broadcaster Jaime Jarrin. When Garcetti’s name was announced over the loud speaker, he was met with a chorus of very audible boo’s from the crowd (despite Dodger Stadium being limited at 20% capacity due to COVID restrictions).

Garcetti was wearing a Dodger-themed face mask when his name was announced, so his reaction to the booing wasn’t totally discernible, but he carried on waving and clapping like any seasoned politician would.

Garcetti has been heavily criticized for his handling of the coronavirus pandemic, especially when it came to California’s wildly inconsistent lockdown orders. In January, the mayor faced additional backlash when he received a first dose of the COVID-19 vaccine despite not meeting California’s eligibility requirements. At the time, Garcetti, 49, was assisting efforts at the mass vaccination center at — coincidentally enough — Dodger Stadium.

He said at the time, “Quite simply, it was strong medical advice from the people that were there, and what’s offered to everybody that’s working there. I think it’s really important when people do get that medical advice to say yes, and to be an example, not to be an example because you’re an elected official but when that comes, we need people to know you should say yes, and that you should feel good about this vaccine being safe.”

The Dodgers faced off against the Washington Nationals at their home opener on Friday, playing in front of fans for the first time in more than a year. Along with the raising of the banner prior to the game, the Dodgers also received their World Series rings recognizing the team’s 2020 victory over the Tampa Bay Rays, which marked their first championship title in 32 years. Suffice to say, those guys didn’t get booed.