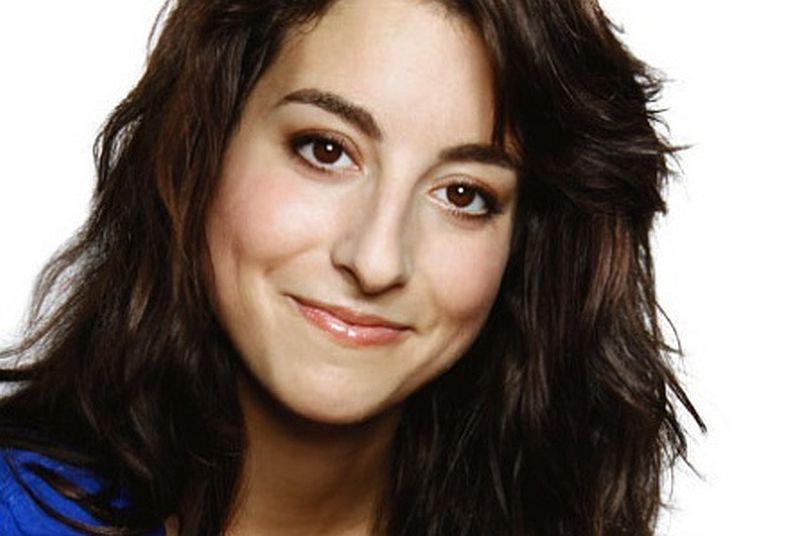 Thanksgiving — the angsty precursor to Christmas and the first “at bat” for the family get together.

What to do when you need to break some delicate news about your personal life when you face a family where everyone is caught up in their own dramas and not listening very well?

Filmmaker Jenna Laurenzo’s new film Lez Bomb is a sweet and joyous romp of a film that deals with a serious issue and takes the sting out of it in a most artful and touchingly funny way.

Coming out to your family is a tough one for so many, and for Lauren (Jenna Laurenzo), it’s about getting the 800-pound gorilla off her chest so she can breathe.

Laurenzo wrote, directed and starred in the film. Producer Bobby Farrelly (Loudermilk) fell for Laurenzo’s screenplay and signed on to executive produce. The cast reflects the high powered talent behind the scenes and is an ensemble tour de force of mirth, mayhem and some misgivings.

The film follows Lauren as she attempts to come out to her parents and extended family — only to send mixed messages as her male friend and roomie (Brandon Micheal Hall of God Friended Me) is mistaken for her boyfriend in a cascading comedy of errors.

Her grandparents are hilariously brought to life by Cloris Leachman who plays her nana, and Bruce Dern as her grandfather.  They are total scene stealers who delightfully balance out the narrative in a grand comedic way. 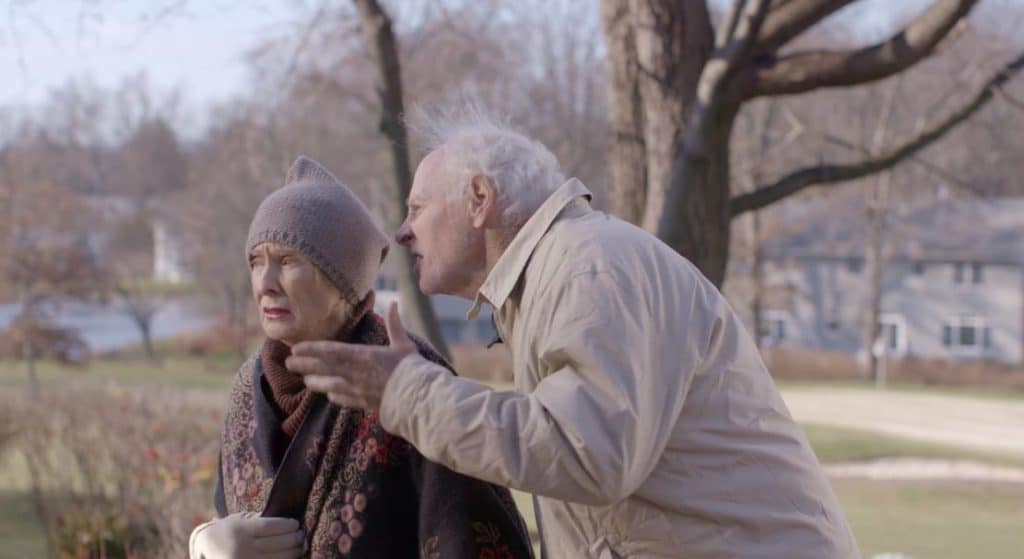 We meet her mother played to perfection by Deirdre O’Connell, still grieving the recent loss of her father and beside herself with preparing the house, the meal and trying to keep her husband, Lauren’s dad (Kevin Pollak) from overdosing on too much pie ahead of the meal.

And then there is Uncle Mike (Steve Guttenberg) who is a one-man wrecking crew. Guttenberg is delightful in his chaotic presence in the family gathering. 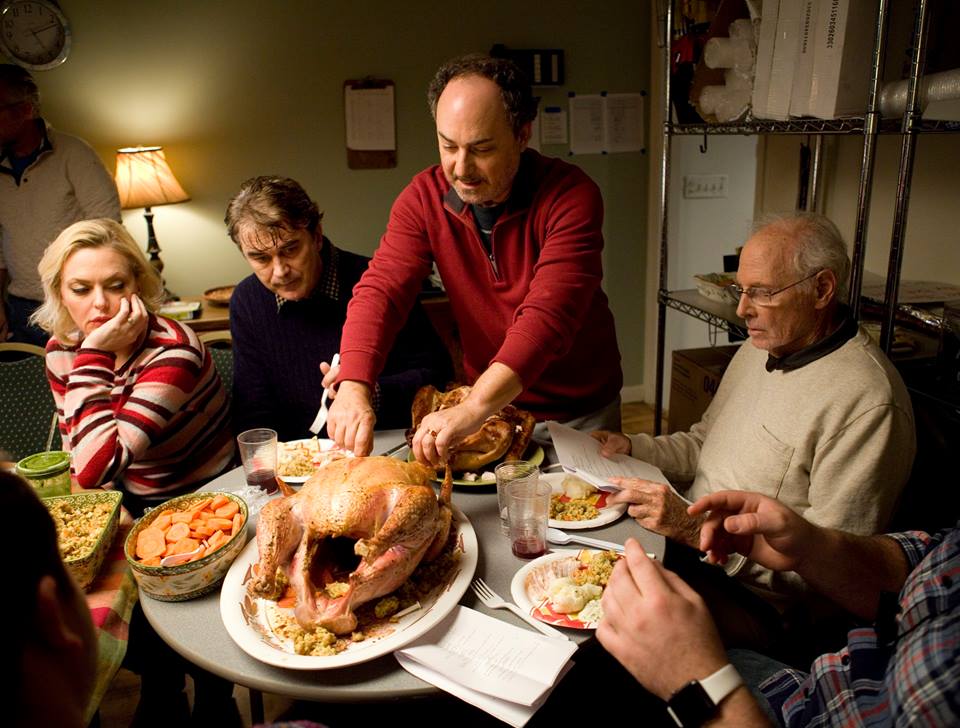 Expectations unravel. “When am I meeting the boyfriend?” her mother, Rose, asks her, to which Lauren replies, “Soon.”

Unbeknownst to her mother, Lauren’s boyfriend is a girl named Hailey (Caitlin Mehner).

“Thanksgiving is all about thanks, and truth and forgiveness,” a bemused and perplexed Hailey says after arriving at Lauren’s family home for Thanksgiving dinner, realizing Lauren has yet to show her cards. “Mostly it’s about coming home and coming out.”

All the dysfunctional family fun aside, this film is a love letter to the bond between mothers and daughters, and the intimacy and supportive net that some lucky people have in their big reveal that is quite unnerving for many to go through in real life.

Lauren and her mother, played by Deirdre O’Connell, are a tribe of two in the end.

We spoke to Jenna about her sweet and lovely perfectly timed film that should be a Thanksgiving treat:

Monsters and Critics: You made the perfect movie for the times and the timing, some coming out tales have a heavier, angsty feel and this does not. Can you talk about your amazing cast and what they bring and what they meant to you?

Jenna Laurenzo:  Oh my gosh. I’m so happy. Everything you just said just meant so much. The cast was incredible because they were so collaborative and supportive and on the same page from like from day one,

And Kevin Pollak, he called me on a Friday night midnight [accidentally] as I was told he was calling at 9:10, but it turned out it was Los Angeles time and I was in New York. He told me what the script meant to him and what intrigued him about it and then he said, ‘I’ll see you in a month.’

Once he said yes, Cloris [Leachman] and Bruce [Dern] came on shortly after and they all just brought these incredible nuances to these characters that meant so much to me, and as I’m watching them take these characters inspired by my own actual family and then [with] them bringing them all to life on screen while being [filmed] inside my own childhood home where my actual Thanksgiving happened. It was just surreal.

M&C: Deidre O’Connell who plays Rose, your mother, is just incredible. How important was that role to get right as far as the casting for you?

Jenna: That was the most important role for me. Because I felt like the mother-daughter chemistry had to be right and the mother role is in this is a testament truly to Diedre as an actress. That mother role has to ground the comedy and she really does. She’s such a tremendous actor.

We talked through everything and I loved working with her, it was one of the most gratifying experiences through this whole experience. And [just] like my mother in my real life is so important to me, I wanted to do right by her because she would never let me live it down, So that role had a lot of weight.

M&C: Do you think it’s easier with each generation to come out in general to family, or do you think that this depends on the family?

Because if you grow up watching Disney princess and stories like I did, you know, the reality doesn’t necessarily match these expectations you were raised with and so I think that that is an element. If your family’s expectations are one way and then you have to go against them.

So I think it has a lot to do with many different factors. I also think that this idea of coming out is like there’s something within that that is also a coming of age story within itself.

Because if you don’t come out of the gates, like sort of knowing there is that regulatory moment where you’re like, ‘oh, this is not what I thought, but it’s also wonderful.’  You know, it’s sort of like just re-adjusting expectations.

M&C: How do you feel about Cloris Leachman, she’s kind of a scene stealer, did you have a little chat with her about that?

Jenna:  [Laughing]  You don’t have to have a chat with her, she just is who she is! The second she stepped on set, it was ‘oh this is why she is a legend!’ She was so aware of where the camera is and she makes sure that she’s making an interesting choice and she never fails.

M&C: There’s so many for so many great lines of sly little zingers she gets. Which one is your favorite when you watched it?

Jenna:  It’s a very specific look [she gives] …my brother’s talking about like getting a little sausage in the stuffing not seeing [her reaction]. And Cloris is picking up the turkey.

She doesn’t even say anything. She just looked at him and she was so appalled at every time I see it I laugh out loud because it’s the most absurd expression.

M&C: I read in a previous interview that you actually personally knew Caitlin. Can you just give me a brief on that and explain that relationship?

Jenna:  I met Caitlin so long ago. In fact, when we first met I had a boyfriend and she had a girlfriend. Then I came out and she ended up with a guy. So we’ve known each other since way back and she is such a dear friend and in a lot of ways, she was like my emotional rock on this project.

I felt like we were like actually dating and I had her mind when we started casting. I just like saw her in that role because she has that ability to sort of push the character to do what they needed to do.

M&C:  Brandon Micheal Hall who played your roommate, he was great, did you know him as well?

Jenna:  I did not. That was such a delightful surprise. We auditioned with the scene at the end of the movie when I say, ‘you know, if it were a guy it would have been you,’ and I just truly felt like I had known him my whole life and that character is inspired by my reaction to him, I just felt that instantly with Brandon Micheal Hall and he just understood the materials. He was such a champion for the message.

He like walked in that room and we all liked him, he is so charismatic and there’s just something special about him and that we were so fortunate to scoop him up.

M&C:  Why did Bobby Farrelly love your script, and become your executive producer?

Jenna:  I was at a festival with my short film Girl Night Stand and Bobby had seen it and he liked it, and then he read my feature-length script because my producer, Rob Moran, knew Bobby and knew we were at the festival [at the same time].

He got us to sit down and chat together. And so when he read the script, he really related to it, because his daughter had come out and he appreciated that the journey was told in a relatable way with it being a family story. He liked that it was a broad, relatable comedy with a modern twist.  And he also liked the way in which the messages that were within that script…how it was being delivered was in a very digestible and accessible way.

M&C:  What would you want to say to people who don’t know anything about you or your background about this movie? How would you describe it to an average person who maybe isn’t very aware of LGBTQ issues or queer women?

Jenna:  The sexuality aside, everybody knows what it’s like to have to deal with self-acceptance. And so I want that to be the hook in and in terms of the relatability of it.

And hopefully people are laughing along the way and by the time they get in towards the end, they’re like in it enough to allow some of those more serious moments. Like the space in which it can leave a lasting impact on our consciousness.

Lez Bomb is available for preorder on iTunes now!

For advanced screenings, theaters, and additional info visit the official website for the Lez Bomb movie.