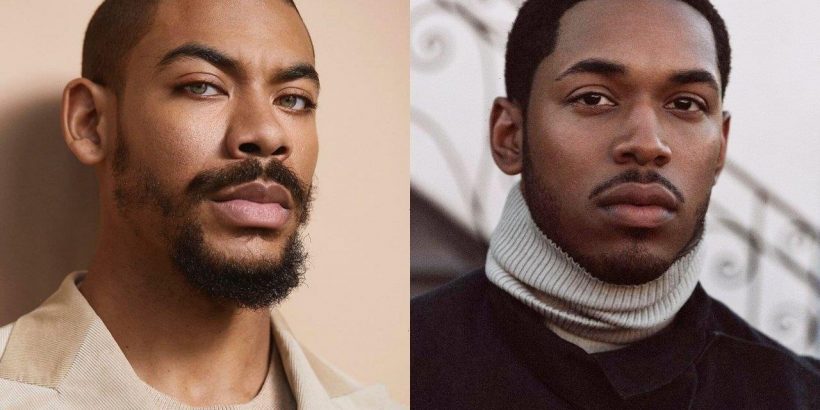 ‘The Trial of the Chicago 7’ star Kelvin Harrison Jr. will lend his voice to Mufasa, while ‘The Underground Railroad’ actor Aaron Pierre will voice Taka in the upcoming animated movie.

AceShowbiz -“The Trial of the Chicago 7” star Kelvin Harrison Jr. and “The Underground Railroad” actor Aaron Pierre are set to lead the voice cast of “The Lion King” prequel.

Production is already underway on the project, directed by Barry Jenkins, and now news of two actors involved has been released.

Pierre, who worked with Jenkins on the Amazon series “The Underground Railroad”, will take on Mufasa – most famously played by James Earl Jones, while Harrison Jr. will portray Taka.

Plot details of “The Lion King” prequel have not been unveiled, but the movie is expected to focus on the early years of Mufasa, the regal father of Simba, and his menacing younger brother Scar, whose birth name is Taka.

The untitled prequel will continue with the photorealistic animation technology that director Jon Favreau used in his hit 2019 blockbuster revamp of the animated movie.

Jenkins previously said of working on the movie, “Helping my sister raise two young boys during the ’90s, I grew up with these characters. Having the opportunity to work with Disney on expanding this magnificent tale of friendship, love and legacy while furthering my work chronicling the lives and souls of folk within the African diaspora is a dream come true.”

Disney has not announced a release date for the movie and other voice cast members are yet to revealed.

The previous “Lion King” feature film was a star-studded event, with Donald Glover, Beyonce Knowles, Billy Eichner, Seth Rogen and James Earl Jones among the voice cast. Jeff Nathanson, who wrote the screenplay for the 2019 movie, is returning to write the upcoming film.