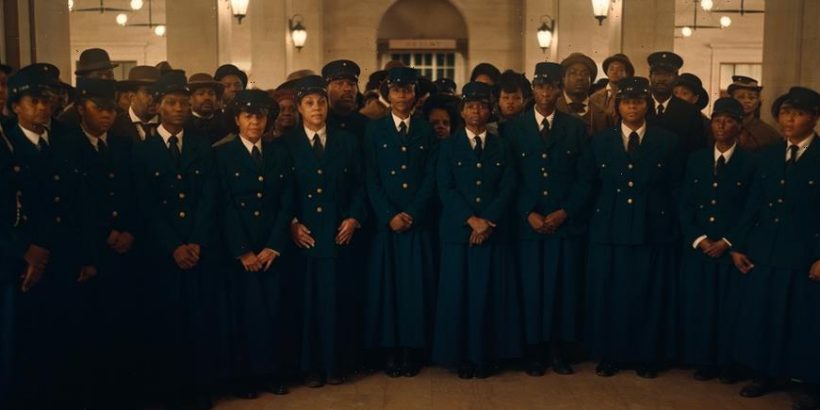 Barry Jenkins has worked with composer Nicholas Britell on Moonlight and If Beale Street Could Talk, and now they’ve reunited for The Underground Railroad. Jenkins directs the Amazon series based on the award-winning novel by Colson Whitehead, and Britell is handling the score – which, like most of his scores, is sure to be gorgeous and breathtaking. There will be multiple Underground Railroad soundtracks released, and the first – Volume 1 – is arriving next week. Ahead of that, the first official track from Britell’s score is now online, and you can listen to it below.

I am very excited to check out The Underground Railroad, and I’m just as excited for Nicholas Britell’s score. Britell’s If Beale Street Could Talk music is almost painfully beautiful; the type of swooning, gorgeous music that burns a hole in the center of your chest as you listen to it. I have no doubt the Underground Railroad score will follow suit, as the track above is quite lovely.

“It’s always an interesting question for me and for Barry, ‘What are we trying to say with the music?’ For us, the orchestra became a tool for a certain type of tone. ‘Bessie’ is really the most full realization of that idea within the world of The Underground Railroad,” Britell said (via IndieWire). “That’s the sound of 50 strings together. We recorded it at AIR Studios in London. This was the largest orchestra that Barry and I as collaborators have ever done together.”

“When I first read the book, there’s a moment where you read that there’s a skyscraper in South Carolina in the mid 1800s. That brought up the whole concept of historical anachronisms and magical realism. I started thinking to myself, ‘How would we musically convey a question mark over something?’ Interestingly, as we got further and further in the project, it was it was actually this large, lush orchestral sound that felt almost fantastical. It created for us that feeling of a question mark. There’s a sort of strangeness, I think that the orchestra actually evoked for us in certain moments.”

The first volume of The Underground Railroad soundtrack is coming from Lakeshore Records on May 14, which is also the day the series arrives on Amazon Prime Video. Here’s the tracklist for the soundtrack.