The Little Mermaid Live! a version of The Little Mermaid, was broadcast to celebrate the musical’s 30th anniversary. The live version boasted a stellar cast, with Moana’s Auli’i Cravalho playing Ariel, Queen Latifah as the evil Ursula and Shaggy as Sebastian the crab. But some critics have not taken to the magical world of the Under the Sea.

The Little Mermaid Live! is another in a long line of live musicals on US television networks.

In January Fox debuted Rent Live, which was actually not even live thanks to an actor having an injury on the night, meaning the world saw the dress rehearsal.

However, over the last week, ABC gave it their best shot to celebrate the 30th anniversary of The Little Mermaid.

The 1989 Disney movie was a major hit for the studio and is beloved by fans young and old. 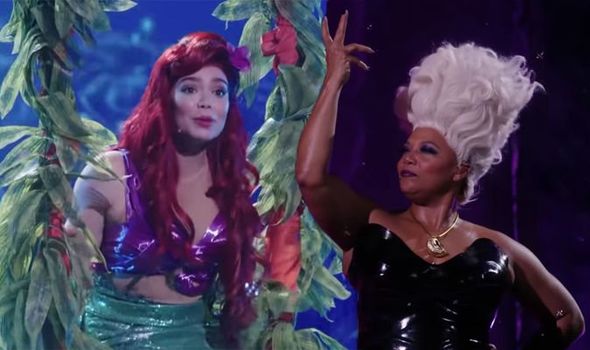 The movie has even spawned a live-action remake, which it has been reported was meant to star Harry Styles before he decided against the production.

However, this live version sadly did not cut the mustard, at least according to critics.

Lawler said the production “abruptly transitions from animated birds to a live-action number in such quick succession it was tough to follow the format,” saying that animated versions of characters ruined some of the magic of the movie. 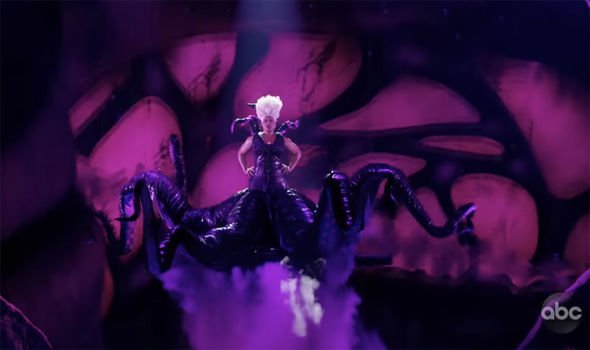 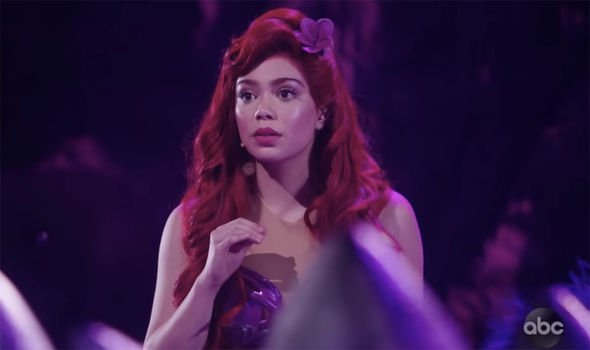 At one point, Queen Latifah sang Poor Unfortunate Souls to critical acclaim, but her song was quickly cut to an animated version of Ursula speaking with a different voice, meaning there was not even a connection between the animation and the live-action.

Some fans even wondered about Shaggy’s outfit as Sebastian.

An image of Shaggy in the dressing room was posted on Twitter where the rapper-turned-actor was sporting some red, leathery crab claws.

However, when the rapper strutted on to stage, he was without the claws, meaning many fans took against him immediately, despite his versions of Kiss the Girl and Under the Sea proving highlights in the live show. 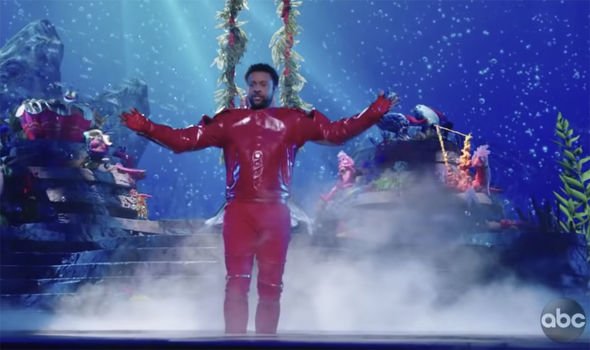 It turned out, according to the ABC chief, Shaggy “looked ridiculous” and they decided against putting him in the claws at all.

Some fans even joked Shaggy looked like he was wearing Michael Jackson’s famous Thriller costume, rather than trying to look like a proper crab.

Others took against the use of an animatronic Flounder puppeteer used in the show, which some felt was a poor replacement for the original.

One fans tweeted: “When you order online vs when it comes in the mail #TheLittleMermaidLive,” alongside an image of the carton Flounder from 1989 and the puppet from the live show.

All in all, the production value and lack of live action seems to have really frustrated fans – let’s hope the live-action remake does the original justice.