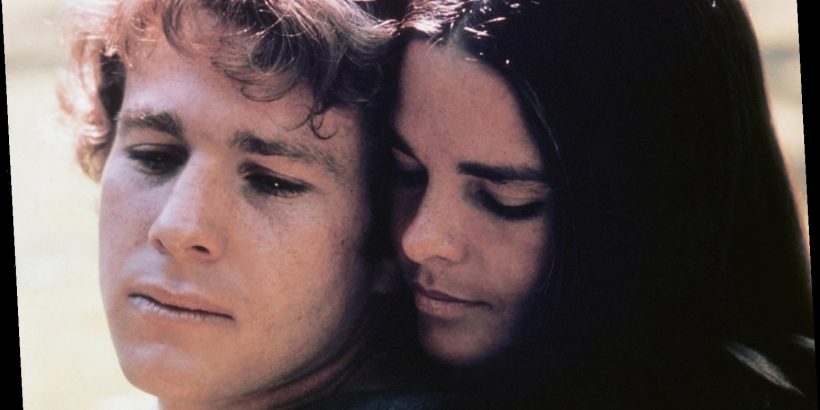 Ali MacGraw and Ryan O'Neal's names will be immortalized on the Hollywood Walk of Fame this month.

The two actors both starred together in the 1970 film Love Story, which is considered one of the most romantic films of all time by the American Film Institute.

While their stars will be placed next to each other, the location is extra special as O'Neal's star will also be next to his real-life love Farrah Fawcett, who would have been 74 today.

The ceremony will stream on the Walk of Fame social media accounts and on its website. Love Story follows the story of a boy and girl from different backgrounds who fall in love. Despite their attempts to make their relationship work, tragedy strikes the couple.

In December, MacGraw and O'Neal reunited for a special cover of Town & Country's December/January issue in which they recalled the making of the film and its lasting impact on audiences.

"It's been a fast 50," O'Neal told the magazine before joking, "I don't have those relationships with my wives!"

Want to get the biggest stories from PEOPLE every weekday? Subscribe to our new podcast, PEOPLE Every Day, to get the essential celebrity, entertainment and human interest news stories Monday through Friday. Get a taste of the podcast below.

The movie has lived on, with Harvard University screening the film annually for its freshman students.

"It's a little bit like Rocky Horror, where they scream, 'Love means never having to say you're sorry!' at the screen," said MacGraw, although she said she thinks differently of that sentiment.

"It doesn't mean anything," she said of her famous line. "I've learned that we can make terrible mistakes with people we love. Try not to do it again — and try to clean up the hurt. It's the truth."

The film is celebrating its 50th anniversary with a brand-new Blu-ray debuting on Feb. 9 from Paramount Home Entertainment.