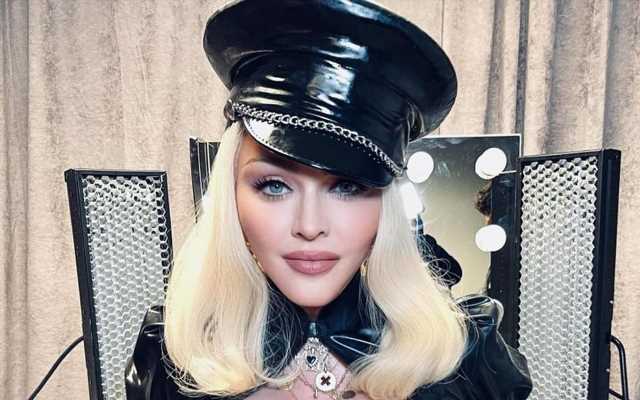 The Material Girl confirms that she said no to an offer to play Catwoman in Tim Burton’s Batman movie and rejected the sci-fi franchise directed by the Wachowskis.

AceShowbiz –Madonna “regrets” turning down a starring role in “The Matrix“.

The Queen of Pop spoke to U.S. TV host Jimmy Fallon ahead of the release of her new Paramount+ concert special, “Madame X“, which hit the streamer on Friday (08Oct21).

When asked about reports she turned down an appearance in Vegas stripper flop “Showgirls“, Madonna confirmed the speculation and insisted she’s happy with the decision.

However, that’s not true of all the roles she turned down, including that of “Catwoman” in Tim Burton‘s “Batman Returns“, which went to Michelle Pfeiffer“.

“I saw them both, and I regret that I turned down Catwoman,” she said, admitting the part was “fierce.” ” ‘Showgirls’? No…”

Madonna added, “I also turned down the role in The Matrix. Can you believe that? I wanted to kill myself.”

Although she didn’t specify the part in question, the “God Control” star is most likely referring to the film’s female lead Trinity, played by Carrie-Anne Moss.

“That’s like one of the best movies ever made,” Madonna said of the franchise. “A teeny-tiny part of me regrets just that one moment in my life.”

“The Matrix” is returning with a fourth movie. One of the original directors, Lana Wachowski, is back and so are the two original leads Keanu Reeves and Carrie-Anne. They are joined by the likes of Jada Pinkett Smith, Jessica Henwick, Neil Patrick Harris, and Brian J. Smith.