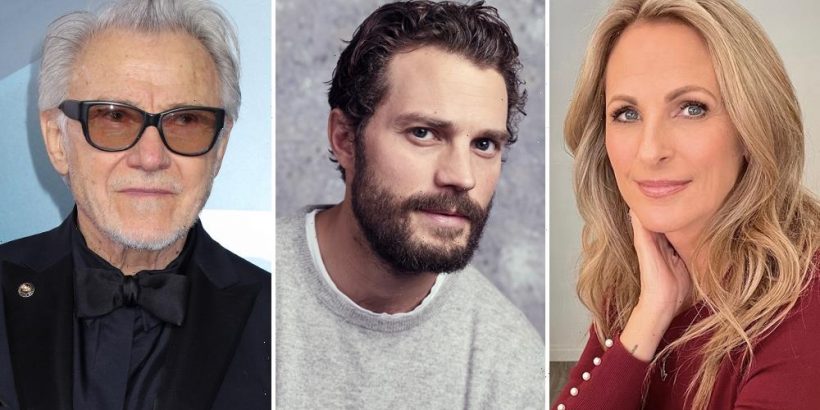 Cinema Napa Valley announced the lineup of filmmaker tributes taking place virtually at this year’s Napa Valley Film Festival from Nov. 10-14. Video tributes will play following screenings of the honorees’ work and include conversations with them.

This year, in addition to the annual Napa Valley Filmmaker Awards, the festival will debut a new series of Culinary Cinema Awards honoring achievements in storytelling devoted to food, wine, and spirits. Across both categories, the 2021 honorees include Caitriona Balfe, Jamie Dornan, Harvey Keitel, Marlee Matlin, Odessa Young, David Gelb, Phil Rosenthal and Jon Taffer. Each honoree will be presented with a special bottle of wine from a festival sponsor.

“Our tributes highlight those that share an unabashed passion for cinema in many forms throughout their careers,” said Cinema Napa Valley chairman Rick Garber. “We recognize and acknowledge not only their personal accomplishments and critical thinking, but also their career achievements. We embrace their artistic vision, innovation, creativity and groundbreaking originality. We are honored to include them in our festival program.”

Balfe will receive the Spotlight Award, presented by Okapi, for her work in Kenneth Branagh’s “Belfast,” which has its U.S. release on Nov. 12. The Irish actress has won a BAFTA award, an Oscar Wilde Award, two People’s Choice Awards and four Golden Globe nominations. Her prominent credits include starring in “Ford v Ferrari,” “Dark Crystal: Age of Resistance,” “Money Monster,” “Escape Plan,” “Now You See Me,” “Super 8,” “H+” and “Outlander,” which she also produced. Balfe recently acquired the film rights to adapt Sarah Crossan’s novel “Here Is the Beehive.”

Jamie Dornan also receives the Spotlight Award, presented by Okapi, for “Belfast.” Born in Belfast, he began his career with Sofia Coppola’s “Marie Antoinette” starring Kirsten Dunst. He has also appeared in “A Private War,” “Barb and Star Go to Vista Del Mar,” “Anthropoid,” “The Siege of Jadotville, “Endings, Beginnings,” “The Fall,” “My Dinner with Hervé,” “Death and Nightingales” and the “Fifty Shades” trilogy.

Marlee Matlin receives the Trailblazer Award Charles Krug following a screening of the 2021 film “CODA” and the 1986 film “Children of a Lesser God,” which made her the youngest Academy Award winner for lead actress. Matlin executive produced the Oscar-nominated short film “Feeling Through,” with previous acting credits including “Reasonable Doubts,” “Seinfeld,” “Picket Fences,” “The Practice,” “Law & Order: SVU,” “West Wing,” “The L Word” and “Family Guy.”

Odessa Young will receive the Rising Star Award, presented by Grounded Wine Co., following exclusive clips from “Mothering Sunday,” which she stars in alongside Josh O’Connor. She is currently in production on the HBO Max limited series “The Staircase,” and has also appeared in “Shirley,” “The Stand,” and “The Man in the Woods.”

David Gelb will be honored for excellence in culinary cinema by Vineyard 511 following a screening of his documentary “Jiro Dreams of Sushi.” He is an Emmy- and Grammy-nominated producer, director and founding partner of production company Supper Club. He is also known for creating “Chef’s Table” and co-creating “Street Food”’ for Netflix. Through Supper Club, he produced the Disney Plus feature documentary “Wolfgang” about the life of celebrity chef Wolfgang Puck.

Phil Rosenthal receives the Culinary Cinema Icon Award, presented by Ackerman Family Vineyards, following a screening of “Ratatouille” and “Somebody Feed Phil,” which he created and hosts. Rosenthal is best known for creating, executive producing and showrunning “Everybody Loves Raymond.” His other prominent credits include co-writing “America: A Tribute to Heroes,” writing, directing and starring in “Exporting Raymond” and hosting and executive producing “I’ll Have What Phil’s Having.”