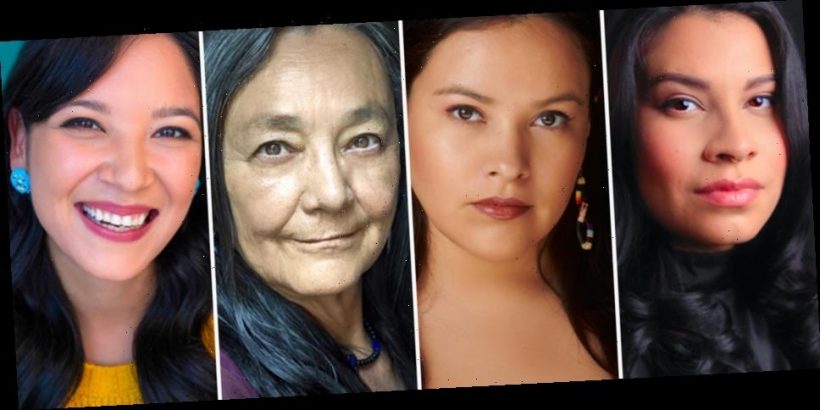 Martin Scorsese‘s Killers of the Flower Moon is set within the Osage Nation in 1920s Oklahoma, and the filmmaker is making sure he casts indigenous actors to fill out the film’s cast. Lily Gladstone, an actress of Blackfeet and Nimii’puu Nez Perce heritage, was previously cast alongside Jesse Plemons, Robert De Niro, and Leonardo DiCaprio. Now, four more indigenous performers have joined the cast: Tantoo Cardinal, Cara Jade Myers, JaNae Collins, and Jillian Dion.

Variety has the news that Martin Scorsese’s Killers of the Flower Moon cast has added Tantoo Cardinal, Cara Jade Myers, JaNae Collins, and Jillian Dion. The film is based on the book by David Grann, a true story about a series of murders targeting wealthy members of the Osage Nation in 1920s Oklahoma. Cardinal, whose credits include Dances With Wolves, will play Lizzie Q, the mother of Mollie Burkhart, the character played by Lily Gladstone. Myers, Collins, and Dion will play Mollie Burkhart’s sisters, Anna, Reta, and Minnie. Per the Variety report, Cardinal is of Dene, Cree, Metis, and Nakota heritage; Myers is an enrolled member of the Wichita Tribe; Collins is an enrolled member of the Fort Peck Assiniboine and Sioux Tribes from Poplar, Montana but is also half Apsáalooke (Crow); and Dion is a Canadian-born actress of Plains Cree, Metis, and French-Canadian descent, raised in a Dene/Metis household.

Here’s the synopsis of David Grann’s Killers of the Flower Moon book:

In the 1920s, the richest people per capita in the world were members of the Osage Nation in Oklahoma. After oil was discovered beneath their land, the Osage rode in chauffeured automobiles, built mansions, and sent their children to study in Europe.

Then, one by one, the Osage began to be killed off. The family of an Osage woman, Mollie Burkhart, became a prime target. One of her relatives was shot. Another was poisoned. And it was just the beginning, as more and more Osage were dying under mysterious circumstances, and many of those who dared to investigate the killings were themselves murdered.

As the death toll rose, the newly created FBI took up the case, and the young director, J. Edgar Hoover, turned to a former Texas Ranger named Tom White to try to unravel the mystery. White put together an undercover team, including a Native American agent who infiltrated the region, and together with the Osage began to expose one of the most chilling conspiracies in American history.