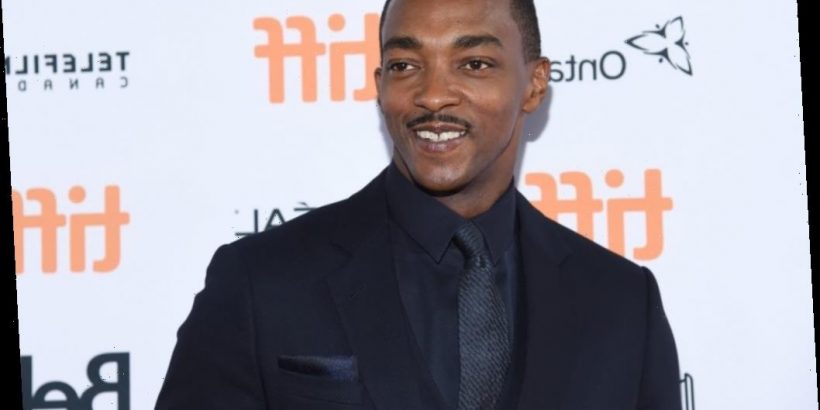 Anthony Mackie is gearing up for his return as Sam Wilson in the release of Marvel’s The Falcon and The Winter Soldier series on Disney+ in March. With Captain America’s shield in tow, his character and Bucky Barnes are teaming up for their own superhero adventures.

Mackie enjoys being part of the Marvel Cinematic Universe family and famously told a story about how he emailed the studio to pitch himself for a role. But there’s another franchise he’d be willing to bring to life.

Anthony Mackie is down for another live-action adaptation

Marvel has spent decades turning some of its most beloved comic books into live-action behemoths. Anthony Mackie’s introduction to the MCU was Captain America: The Winter Solider, and he carried his hero skills over to Ant-Man and Avengers. By the conclusion of Avengers: Endgame, Cap handed him his shield and fans are excited to see where the Falcon is headed in the new show.

Mackie has plenty of credits outside of the superhero genre, but besides starring in a Marvel adaptation, he’s done Altered Carbon, the Netflix series based on a sci-fi graphic novel. Although he’s admitted to not being into comics as a kid, there’s an animated show he’d loved to see in a live-action format.

Further, he wants to be a part of it should it ever come to fruition: ThunderCats. During an appearance on That Scene with Dan Patrick podcast, Mackie talked about his love for cartoons when he was younger.

“I was a big cartoon guy. I loved He-Man; I loved ThunderCats. I want them to do a ThunderCats movie so I can be one of the ThunderCats,” he said.

He didn’t specify which character he’d want to play, but Mackie would probably crush it as Lion-O, Tygra, or Panthro.

Rumors of a ‘ThunderCats’ movie have been around for years

Unless someone does something to make it happpen, the Thundercats movie rumors will not come true anytime soon, and will soon reach a 15-year milestone. That’s right. Since at least 2007, there have been murmurings about the ’80s cult classic cartoon coming to the big screen.

Around the time the first Transformers movie dropped, Variety announced a ThunderCats screenplay was in the works by Paul Sopocy. His take would have focused on the origins of each character — including Mumm-Ra — and Lion-O’s coming-of-age story.

Though Warner Bros. bought the script, the film never materialized. Instead, a short-lived 2011 animated reboot and the widely panned 2019 ThunderCats Roar series hit the scene.

Still, rumors persisted and so have elegant, action-packed fan-made trailers. Scour YouTube and you’ll see several fake trailers with millions of views and millions of wishes for a legit ThunderCats movie.

While Milla Jovovich has expressed interest in playing Cheetara, over the years, actors such as Ryan Reynolds shut down casting rumors for the non-existent project.

Will anyone ever wield the Sword of Omens? It’s anyone guess, but for now, viewers can stream the original 1985 ThunderCats series on Hulu. And since Anthony Mackie successfully landed his pitch to join Marvel, maybe a future role as a ThunderCat is a real possibility.