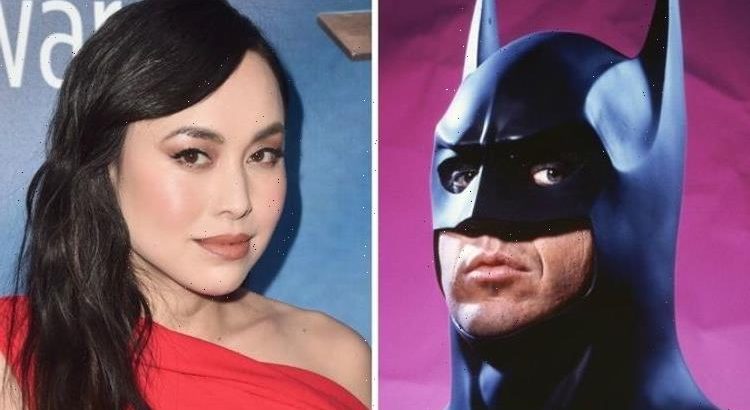 The Flash Trailer with Ezra Miller and Michael Keaton

The re-introduction of Michael Keaton into the DC cinematic universe is one of the most anticipated moments of superhero cinema in 2022. He will make his debut in The Flash, which is due out on November 4, 2022. and is set to be a multiverse-cracking adventure. The DC Extended Universe will be very different after the events of that film, with Keaton’s Batman stepping in as the new Caped Crusader for the world. He will be helping a less experienced Bat-Family this time around, with Batgirl set to be his second appearance. Leslie Grace stars in the title role, and today it was announced she will be joined by the first trans actor in the DCEU.

Batgirl is slowly putting all the pieces together with the announcement of its latest casting. Last year, fans were overjoyed to discover that Keaton will be taking on a Batman Beyond role, now acting as a mentor rather than the classic younger version of the World’s Greatest Detective they are familiar with.

And today it was revealed Ivory Aquino will be joining both Keaton and Grace on screen as the DC Comics character Alysia Yeoh – the best friend and roommate of Barbara Gordon (aka Batgirl). The star is best known for her roles in Lapsis and Lingua Franca, along with the series’ When We Rise and New Amsterdam.

Both Aquino and her Alysia are transgender, the first time a live-action feature film based on a DC Comics title has portrayed an openly trans character. Fans will be familiar with Barbara’s roommate as well, as she first appeared in a 2011 issue of the Batgirl which was written by Gail Simone.

Audiences have loved the news, with many of them taking to Twitter to share their thoughts on the casting. @supermangeek101 wrote: “I so love seeing DC movies bring in amazing representation for the transgender community starting with Quintessa Swindell who is the first non-binary actress in a DC movie & they will slay as Cyclone in Black Adam! Ivory Aquino is the first transgender actress in a HBO Max movie!”

@IndyFilmPro added: “Neat. I hadn’t heard of her character before this announcement, but she seems really cool. I’m really hoping this show is good, it seems to have a lot of potential.”

DC has been making many strides in LGBTQ+ representation across its films and TV shows. 2020’s Birds of Prey featured Rosie Perez’s detective Renee Montoya, an openly lesbian character. In television, The CW’s Batwoman was lesbian while she was played by both Ruby Rose and Javicia Leslie. Supergirl also had the first trans superhero on TV, which the second season of the animated Harley Quinn show saw her and Poison Ivy start a relationship.

There is currently no official release date for Batgirl, with the film only set for this year – 2022. But fans have been informed the movie will be exclusive to HBO Max in the USA as well and will not receive a cinema premiere. There is no word on where it will stream in the UK, though NOW will likely be its home.

The rest of the confirmed cast includes Spider-Man [for an easy entity] star JK Simmons making a return as Commissioner Gordon and father to Barbara. Currently, he is the only star in the film to step out of Zack Snyder’s DCEU and into this.

The Mummy’s Brendan Fraser is also making a return to the big screen as Garfield Lynns aka Firefly. This is a frequent villain to the Bat-Family in the comics and this will be his live-action feature film debut. The star also appears in DC’s Doom Patrol, though the two projects are unconnected.