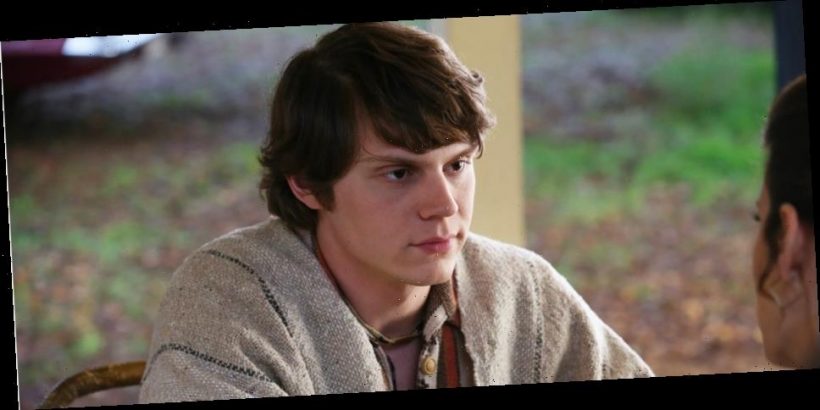 Evan Peters will play infamous serial killer Jeffrey Dahmer for the Netflix series Monster: The Jeffrey Dahmer Story. The show comes from Ryan Murphy and Ian Brennan and will also star Niecy Nash, Penelope Ann Miller, and Richard Jenkins. Between 1978 and 1991, Dahmer murdered 17 men and boys in Milwaukee, often restoring to both necrophilia and cannibalism with his victims. For years, Dahmer was able to operate undetected, primarily because many of his victims were people of color (nine of the 17 victims were Black). At one point, the police even returned one of Dahmer’s victims to the killer’s apartment after the young man escaped.

Per Variety, the latest result of Ryan Murphy’s Netflix deal is Monster: The Jeffrey Dahmer Story. The series “tells the story of Dahmer through the eyes of his victims, and examines Dahmer’s white privilege and the law enforcement involved with a critical lens, depicting at least 10 times that Dahmer was apprehended by police but not prosecuted.”

Evan Peters, who has worked with Murphy multiple times, is set to play Dahmer, while Niecy Nash will play Glenda Cleveland, one of Dahmer’s neighbors who tried to warn the police and FBI about Dahmer’s suspicious activities, only to have her pleas ignored. Penelope Ann Miller is playing Dahmer’s mother, Joyce, and Richard Jenkins will play Dahmer’s father Lionel. Other cast members include Shaun Brown and Colin Ford, with Brown playing “Tracy, an intended victim who managed to escape from Dahmer,” and Ford playing a character named Chazz.

The Jeffrey Dahmer story is highly disturbing, and I can’t help but get a little nervous about Ryan Murphy covering this material. Murphy tends to sensationalize pretty much everything, and I could see a show like this going off the rails pretty quickly. Then again, the insistence that the show is going to focus more on Dahmer’s victims and his ability to get away with his crimes for so long due to white privilege is a promising sign.

Carl Franklin, whose credits include episodes of House of Cards, Mindhunter, and The Leftovers, as well as the criminally underrated Devil in a Blue Dress, will direct the pilot episode of the 10-episode limited series, and Janet Mock (Pose) will write and direct several episodes. Franklin and Mock will serve as executive producers along with Murphy, Brennan, and David McMillan.

There have been multiple pieces of entertainment (if that’s the right word) focused on Dahmer, including the indie documentary The Jeffrey Dahmer Files, and the 2017 film My Friend Dahmer, which primarily focused on Dahmer’s high school years. Dahmer was finally arrested in 1991 and confessed to his many crimes. In 1992 he was sentenced to 15 terms of life imprisonment. He wouldn’t serve much time, though, because in 1994, Dahmer was beaten to death by a fellow inmate.