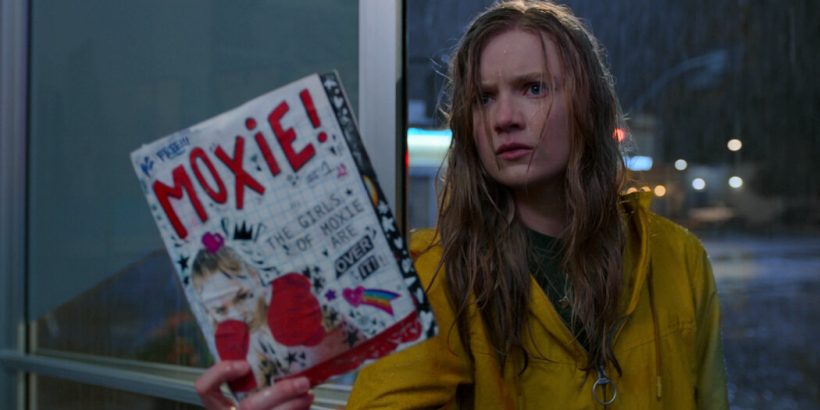 Based on Jennifer Mathieu’s young-adult novel of the same name, the story centers on Vivian (Hadley Robinson), 16, a quiet girl who transforms into a rebel when a new student (Alycia Pascual-Peña) challenges their school’s sexist culture. Vivian’s nascent feminism goes into overdrive when, inspired by a collection of 1990s riot-grrrl mementos belonging to her single mother (Poehler), she creates an anonymous zine, names it Moxie and dumps copies in the girls’ bathrooms. Just like that, a revolution is born.

Despite an appealing young cast — Nico Hiraga, as Vivian’s sweetly respectful love interest, is a standout — “Moxie” needs fewer stereotypes and infinitely more nuance. The characters are underwritten and the screenplay (by Tamara Chestna and Dylan Meyer) overstuffed. Transgender and immigrant issues, as well as gender inequality in sports, are all superficially checked off in a plot that nostalgically suggests a homemade pamphlet from last century is more likely to raise consciousness than a wall-to-wall culture of #MeToo.

Burdened by oversimplification and a troubling coarseness — one young woman’s devastating revelation is a mere steppingstone to the film’s ra-ra finale — “Moxie” is a CliffsNotes guide to fighting the patriarchy. In its hyper-condensed view, all you need is a tank top, a Bikini Kill song and a mass walkout and voilà! The struggle is over.