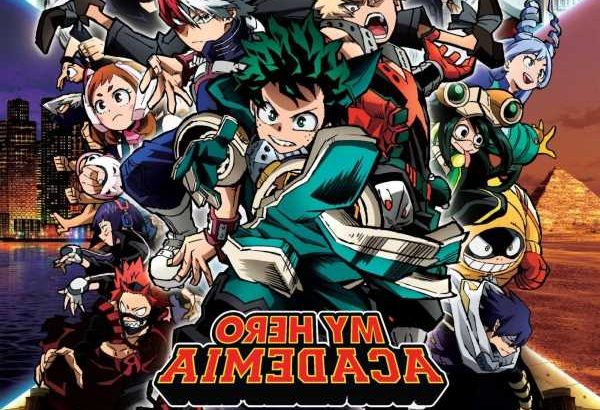 My Hero Academia Season 5 concluded in September 2021, but fans of the anime have more to look forward to this year. The series’ characters are returning to the big screen in a movie called My Hero Academia: World Heroes’ Mission. And it looks to ramp up the excitement surrounding the popular anime ahead of its sixth season, which will focus on My Hero Academia’s most action-packed manga arc yet.

What should fans expect from the upcoming film, and when does it release in the U.S.?

When does ‘My Hero Academia: World Heroes’ Mission’ release in the U.S.?

My Hero Academia: World Heroes’ Mission debuted in Japan back in August, but the movie has yet to come overseas. That changes soon. Moviegoers in the U.S. and Canada will be able to experience Deku’s latest adventure in October. Specifically, the film hits theaters on Oct. 29.

The third My Hero Academia film releases in the U.K. and Ireland on the same day, but it lands in Australia and New Zealand on Oct. 28.

The film will only be playing in select theaters in each region, so fans will need to search for where it’s available. The original Japanese film will be released with English subtitles, but a dubbed version of the movie will also hit theaters on the same date.

The trailer for the new ‘My Hero Academia’ movie focuses heavily on Deku, Bakugo, and Todoroki

Speaking of the dubbed movie, Funimation recently released the English dubbed trailer for My Hero Academia: World Heroes’ Mission. It features much of the footage shown in the original Japanese trailer with a few new shots — and the first look focuses heavily on Deku, Bakugo, and Todoroki.

That makes sense after My Hero Academia Season 5, which saw the three U.A. High students interning at Endeavor’s hero agency together. It looks like they’ll be going undercover in the new film — and the reason for that is somewhat surprising.

What’s the plot of the upcoming anime film?

Per Crunchyroll, the official synopsis for My Hero Academia: World Heroes’ Mission teases a dangerous group of villains and some serious trouble for Deku:

“When a sinister organization threatens to wipe out all superhuman powers, the fate of the world is on the line. With two hours until the collapse of civilization, Deku, Bakugo, and Todoroki manage to work as a team, but there’s still one problem. Deku’s on the run for murder.”

That’s in line with the trailer, which sees the film’s villain giving a long speech about why Quirks are detrimental to humanity. His rhetoric may even turn the public against hero society, which would explain why Deku and his friends are incognito.

Of course, Deku being a wanted criminal in the new My Hero Academia movie comes as a surprise — especially since fans know he’d never kill someone. The villain could have set him up somehow. But viewers will need to wait until the film hits theaters to get more answers.

How to watch ‘My Hero Academia: World Heroes’ Mission’ when it arrives

Whatever unfolds in the new My Hero Academia movie will test Deku and his friends in new ways — and allow them to showcase what they learned during their hero internships. Although it’s not considered canon and won’t be necessary to understanding season 6, fans won’t want to miss out on its release.

Tickets for My Hero Academia: World Heroes’ Mission are available on Fandango. The film will play exclusively in theaters at first. However, it’s likely to stream on Funimation when its theatrical run is through. The anime streaming platform has the first two My Hero films in its catalog. It’s likely to get the third as well, so fans will want to keep an eye on the platform.