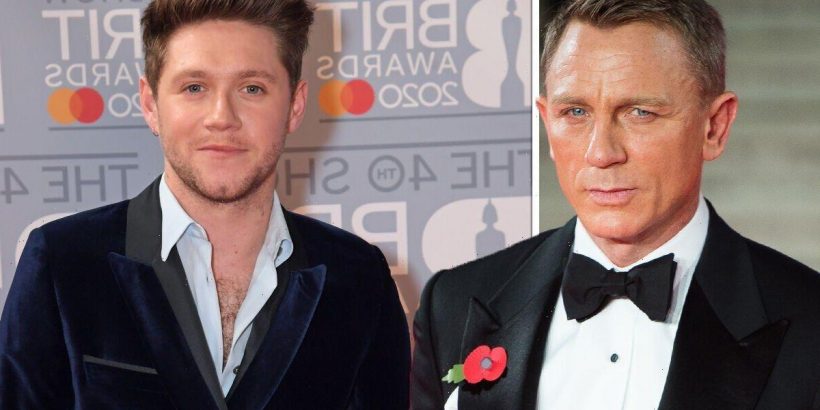 No Time To Die: Billy Magnussen speaks to the Daily Express

No Time To Die marked the end of Daniel Craig’s James Bond journey. The British star embodied 007 perfectly for 15 years, but the time has finally come for him to step aside for some new blood.

Over the past few months, the Bond odds have swayed in the favour of the likes of Tom Hardy and Regé-Jean Page. But a key member of the boyband One Direction is now in the running alongside them.

Niall Horan, one of the biggest and best-known stars from the X Factor group has had his odds slashed to 100/1 on becoming the next Bond. (Via William Hill)

The star originally showed some interest in becoming the next international spy back in 2015. 1D – who had not broken up at the time – appeared on The Late Late Show with James Corden and got involved with some telephone games. During this stint on TV Horan did an uncanny impression of Bond, James Bond, sparking some rumours that he might be interested in becoming the next star for the role.

Craig was then asked about this impression in an interview, and he was very quick to back Horan on taking over as his replacement.

Craig was asked at the time by Capital FM what he thought of Horan taking over.

He simply replied: “Good man!” The Spectre actor then explained the singer would be “absolutely fabulous” in the role. Craig even went so far to say that Horan “would do the role justice” after he stepped down.

Horan should certainly feel special, as a 007 endorsement from a former James Bond is extremely rare.

A William Hill spokesperson said of Horan’s odds: “Niall Horan is an interesting late addition to the James Bond market, and we know that thousands of fans would be overjoyed at him making his way onto the silver screen this year. And with fellow 1D star Harry Styles proving that the shift from music to acting can be a huge success, it remains to be seen whether Horan will follow in his footsteps.”

Harry Styles is also a popular name in the Bond odds. The British singer has transitioned seamlessly into acting over the past few years, beginning with Christopher Nolan’s Dunkirk, before moving into the Marvel Cinematic Universe with Eternals, and many more to come.

Styles’ popularity has continued to grow in recent months with his new music, and his odds of becoming Bond reflect that.

Harry Styles odds on becoming James Bond are currently at 66/1 from William Hill. But, of course, he doesn’t have an endorsement from Craig.

Still, both of the One Direction stars have a long way to go until they are at the top of the leaderboard.

Bridgerton star Page is the frontrunner at the time of writing, with a staggering 5/2. He recently confessed he has been “flattered” by the Bond attention but doesn’t think of them other than rumours.

Just behind him is the iconic Superman actor Henry Cavill. The British star has a stunning 7/2 on claiming the role – and he has a lot to prove. He previously went up against Craig in 2005 during the audition process for Casino Royale.

But he was hit with a rude piece of feedback.

Cavill has spoken out about how, during the audition process, he was told he was looking a “little chubby”. He said he “didn’t know” how to properly train or look after his body.

Because of this, he lost the role. Will he be able to make a triumphant comeback?

Every James Bond film is available to watch on Amazon Prime Video.