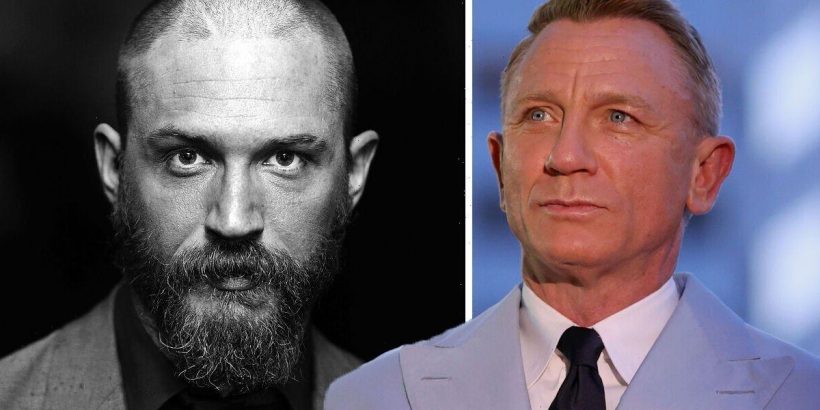 After Daniel Craig stepped down from playing James Bond last year in No Time To Die, the battle to become the eighth 007 has ramped up dramatically. Tom Hardy has been near the top of the leaderboard for some time, but he has recently struggled to get traction in the latest leg of the race.

And, although Hardy has staunchly defended his fourth place in the Bond odds, he is about to lose it to one of the biggest British stars around.

Idris Elba has had his odds slashed by Ladbrokes in recent days. The actor, who is best known for playing Luther in the BBC series of the same name, most recently graced screens in the DC Comics movie The Suicide Squad as Bloodsport. And as his popularity grows in Hollywood, he has become one of the biggest names likely to don the tuxedo in the near future.

At the moment, Idris has 8/1 from Ladbrokes to become the next Bond.

This places him neck-and-neck with Hardy, who also has 8/1 on becoming 007.

The Bond bosses, Barbara Broccoli and Michael G Wilson, have even corroborated Idris’ high chances by revealing he is is “part of the conversation”.

The sibling bosses revealed: “We know Idris, we’re friends with him, and he’s a magnificent actor. And, you know, it’s been part of the conversation, but it’s always difficult to have the conversation when you have someone in the seat.”

Idris himself has even revealed he would “love” to be Bond in the future. “Who wouldn’t?” he confessed. “How amazing would it be to have a Black James Bond? It’s a sign of the times when we can stop talking about black, white, and colour.”

Ladbrokes spokesperson Alex Apati backs Idris in the race, as well. “Idris Elba is fast-becoming a frontrunner once again in the race to replace Daniel Craig,” he said.

However, he noted how the leader in the Bond race remains unmoved: Regé-Jean Page.

The Bridgerton heartthrob has been at the top of the leaderboard in the Bond odds all year, and he doesn’t show any signs of moving.

Alex Apati said: “Regé-Jean Page is still very much the one to beat.” And he’s not wrong, as Regé-Jean currently has a staggering 9/4 from Ladbrokes.

Hardy still has some work to do if he wants to claim the top spot once again. Especially if he’s going to take down the top four contenders.

Just behind Regé-Jean is the iconic Superman actor, Henry Cavill. The British hunk has had a spike in popularity over the past few years after he began playing Geralt of Rivia in Netflix’s The Witcher series. And it has paid dividends on his 007 chances, as he is now second on the leaderboard.

Cavill is currently in second place in the Bond odds with an impressive 4/1. But just behind him is Aidan Turner, who is best known for playing Poldark in the BBC series of the same name.

He also took on the role of Kili in the Lord of the Rings spin-off trilogy, The Hobbit.

So Hardy has a lot of work to do if he’s going to overtake the three frontrunners.