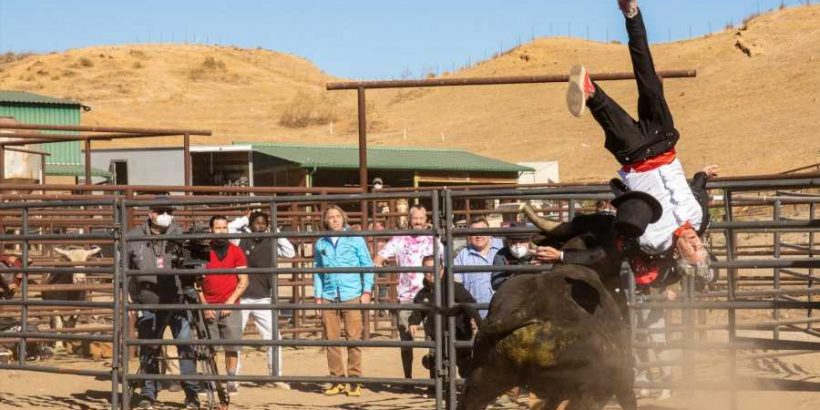 The unparalleled brain trust that is the Jackass crew is back with more brilliant idiocy in the new trailer for Jackass Forever, set to arrive in theaters October 22nd.

But enough with the credits — the new trailer is packed with all manner of absurdity, starting with an opening stunt in which a silver-haired Knoxville gets fired out of a giant cannon. The trailer teases a bicycle slap stunt with Machine Gun Kelly, exploding toilets, furniture store chaos, and McGhehey getting covered in honey and salmon only to find himself locked in a room with a very large bear.