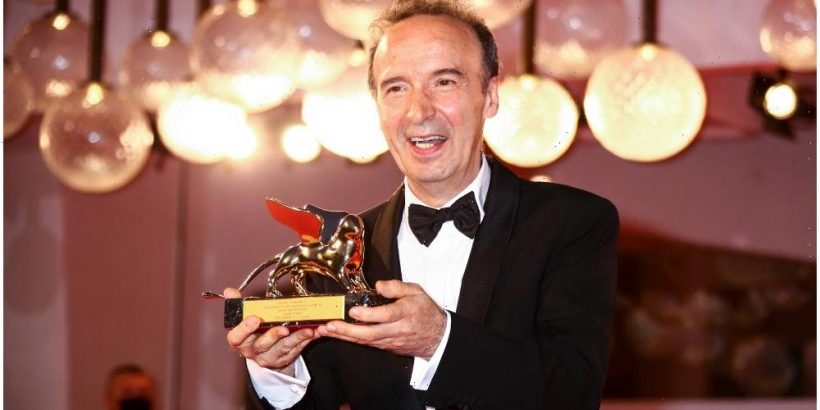 The 78th Venice Film Festival opened on Wednesday with the world premiere of Pedro Almodóvar’s “Parallel Mothers,” starring Penélope Cruz and Milena Smit, who strutted down the walled-in red carpet alongside other top talent, and Italy’s president, Sergio Mattarella.

Venice has been forced to place a wall-like outer barrier shielding the long catwalk entirely, in order to avoid close-knit crowds. But that did not diminish the balmy evening’s glamorous mood, pervaded with a spirit of restart.

Jury president Bong Joon Ho, after taking the stage, said, “We all believe the Corona COVID [crisis] will be over soon, yet the cinema will remain with us forever.”

The ceremony was hosted by Italian actor and singer Serena Rossi, who in her opening speech paid tribute to the crisis in Afghanistan.

“My thoughts to to Afghan mothers, to those skinny arms on the barbed wire; to mothers ready with an extreme gesture to separate from their children,” she said.

“I also think about artists and film directors from that country and their families that are running a huge risk. And that over the years have been building a cultural scene centered on respect and equality; and I want to tell you: You are not alone,” Rossi went on to proclaim.

Venice is set to become a focal point for discussion on the crisis, with an official panel on how Afghan filmmakers are being impacted as the Taliban takes power, and the need for them be granted political refugees status.

Roberto Benigni received the Golden Lion for lifetime achievement. And predictably, it was Benigni who gave the otherwise somber ceremony its spark.

Introducing Benigni was “The Piano” director Jane Campion, whose astute observations about the actor suggested a close friendship with both him and his wife, producer and actor Nicoletta Braschi.

Declaring herself grateful that the festival “drew him out of the cave,” Campion — whose own film “The Power of the Dog” premieres in Venice on Thursday — called Benigni “a comic genius with heart and sincerity who can embody joy as if he were a bottle of Prosecco exploding.”

“Please, all of you at the festival, be ready to fall in love and know that no matter what, life is beautiful, because Bob proved it,” Campion told the opening night audience.

“He performed that miracle with his Oscar-winning film, turning a Holocaust story into a dark, divine comedy of self-sacrifice. And then he topped it by scooting over the seats of the celebrities’ chairs, leaping on to the stage to give a performance of an acceptance speech unparalleled in the Academy’s history.”

“These words will always remain in my heart. Thank you very much. It’s so funny, incredible. I was flabbergasted, discombobulated. It was incredible, unforgettable,” Benigni said to Campion in English.

Benigni then moved to the dais, where he made a long speech in Italian in which he said that when Barbera called him he “danced a naked rhumba” and pointed out that he comes “from poverty.”

He also saluted Italian President Mattarella, whose term ends next year, and asked him to stay a few more years because he brought the country luck. Italy won this year’s European Championship so having him in charge would help Italy also win the upcoming FIFA World Cup.

Benigni then thanked his wife, Braschi, and said they would split the Lion.

“We’ve done everything together for 40 years,” Benigni said.

“So I can’t dedicate the Lion to you. But we can split it. I will take the tail, to express my joy, to show you my cheer. And the rest is yours. Especially the wings because if I’ve been able to soar, it’s thanks to you.”