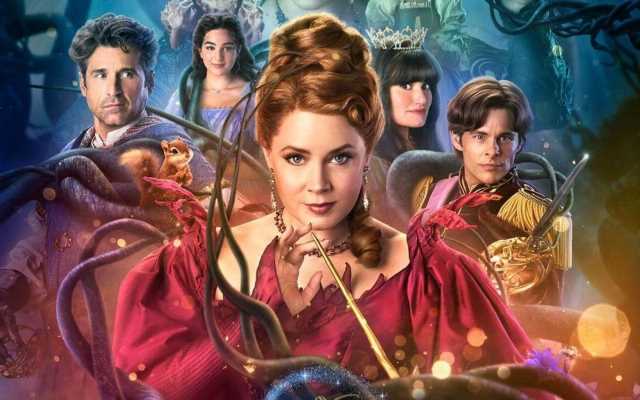 The former ‘Grey’s Anatomy’ actor admits he was daunted at first to show off his vocal chops in the long overdue sequel to Disney’s classic movie ‘Enchanted’.

AceShowbiz –Patrick Dempsey was a bit worried about singing in “Disenchanted“. He was putting his vocal chops to the test for the first time ever in the new movie as he’s reprising his role as Robert Philip in the sequel to Disney’s 2007 musical hit “Enchanted” – which tells the story of animated princess-to-be Giselle who finds herself in real-life New York and eventually falls in love with the Manhattan lawyer.

The 56-year-old actor admitted that, while the process was a “joy,” he found it to be “a little scary” because he was starring alongside well-known songstresses Amy Adams and Idina Menzel.

“It was a joy. And that whole process of going through, finding your voice, working with the coach on that, learning the lyrics and the dance was an extraordinary experience and something I’d never done before,” he said when speaking to BANG Showbiz and other assembled media outlets.

“And really appreciate the talent with the voices and the singing of Idina and Amy and Maya and everyone. You know, it’s an extraordinary feeling you get when you sing. The vibration, it’s something very intoxicating about it.”

“So it’s nice to get a taste of that. it’s a great opportunity to play something that was so broad. I don’t get that opportunity and I really loved it. It’s a little scary at first. But, you know, it’s great. It was a safe environment to work in, and it was fun to play, and hopefully people enjoy that.”

The former “Grey’s Anatomy” star added that his character – who in the first film is a single father to little girl Morgan – is now “trying to find the balance” with the conflict between his now-teenage daughter and Giselle as they move from the Big Apple with the new baby to their suburbs and Giselle casts a fairytale spell which goes awry.

He added, “Robert at the very beginning is very much the same, although he’s kinda trying to balance, you know, life between his new baby and his other child, and the conflict between the stepmother as Adam pointed out, and that dynamic.”

“And then getting into larger-than-life was completely freeing and really fun. So for me, it was a fantastic ride. I had a great time where I could work a little bit, do some sightseeing in Ireland, and work on the musical that, you know, great fun with the singing and the dancing. So it was fun.”

“Disenchanted” is available to stream on Disney+ now.