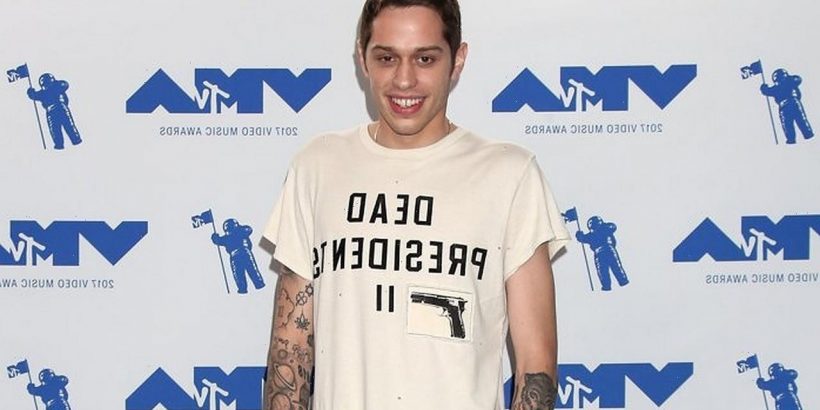 The ‘Saturday Night Live’ member decides to ‘burn off’ his body inks because he’s worried they would keep him from landing the onscreen roles that he wanted.

AceShowbiz –Pete Davidson is “burning off” his tattoos in an effort to win more film roles.

The funnyman fears his skin art is hampering his career after landing roles in “The King of Staten Island” and “The Suicide Squad“, and he’s sick of spending hours in makeup every day getting his ink covered up.

“I honestly never thought that I would get the opportunity to act and I love it a lot,” he said during an appearance on “Late Night With Seth Meyers“. “You have to get there three hours earlier to cover all your tattoos, because for some reason, people in movies, they don’t have them that much.”

But Pete admitted the process of getting his ink removed is worse than the pain that comes with the tattoo itself.

“Burning them (tattoos) off is worse than getting them, because not only are they, like, burning off your skin, but you’re wearing these big goggles, right? So you can’t see anything and the doctor’s in there with you.

“Before he goes to laser each tattoo, you have to hear him announce what the tattoo is to make sure if you want to keep it or not. So I’ll just be sitting there all high off of the (nitrous oxide)… and then all of a sudden I’ll just hear, ‘Are we keeping the Stewie Griffin smoking a blunt?’ And then I have to sit there and be like, ‘No, Dr. G.’ “