The actress Phillipa Soo, who played Eliza in the Broadway smash “Hamilton,” has always considered herself politically minded. But it wasn’t until the 2016 election that she became active in political causes.

“I think I had a new perspective of what it means to be an American,” she said. “If I can lend a voice and a platform to issues that I believe in, I’m happy to do it.”

And with Broadway theaters on pause at least through May 30, Soo has been singing her support for political campaigns and arts organizations in fund-raising videos — sometimes taping three a week.

She has also been promoting her latest character, Chang’e, whom she voices in the animated musical film “Over the Moon.” An immortal Chinese goddess separated from her soul mate, she takes up residence on the moon, where she mourns lost love, turns darkness into light and belts out “Ultraluminary,” an empowerment anthem.

“It was a great way to feel connected to my own culture and heritage,” said Soo, whose father is Chinese-American. “At the same time, this is such a modern version of the moon goddess. She’s what we think of as the goddess now: amazing female figures who are singer-songwriter-performers, just larger-than-life characters.”

Calling from Brooklyn, Soo talked about how she and her husband, the actor Steven Pasquale, have kept busy during the pandemic and the ache of trading the stage for the small screen.

“Honestly, I’m glad that there’s a want and an outlet,” she said about her online performances. “But it’s not live, it’s not theater, and you really can’t replace that, which is hard at a time when you just need it.”

“So I get a little bit heartbroken when I’m making these videos,” she admitted. “Because as much as I love it, I do think that there’s an importance in being in a live audience and sharing an experience with a room full of strangers. There’s something powerful about that.”

These are edited excerpts from our conversation.

I made a “Broadway for Biden” video for a Zoom fund-raiser. A bunch of us got together and sang part of a song in our own houses or wherever we are quarantining.

We had just come back from a week in the Catskills. Since the weather got really nice, we’ve been taking car trips to go hiking as a way to get some fresh air and have a little geographical mood shift. Just being in nature, I feel like it’s so good for our mental health at this time. 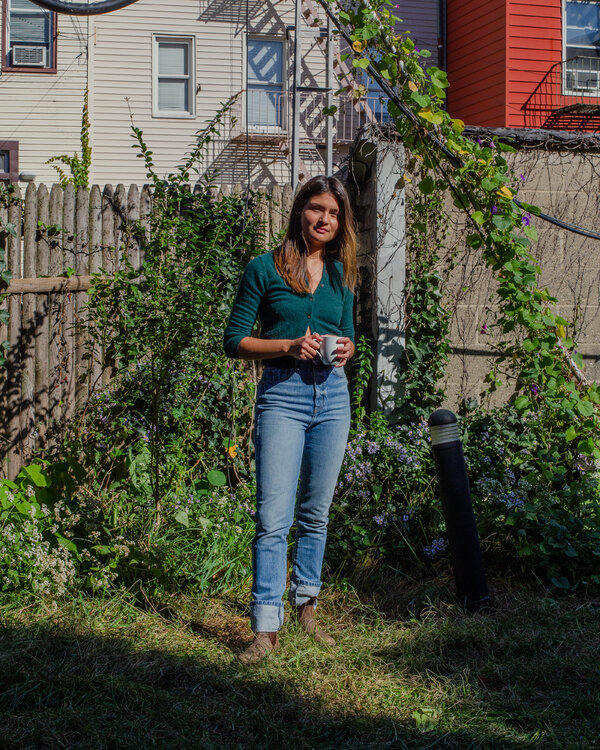 I took a virtual Pilates class with Georgia Gavran. She opened a new studio called Wick Pilates right as everything shut down. She has been teaching me on a pretty consistent basis through Zoom and it has been awesome.

Then I binged the last three episodes of “I May Destroy You.” Michaela Coel is a genius. I was drawn to the fact that she’s able to tell this horrifying experience in a way where she finds her humility and her humor. She displayed all of the colors of what something so tragic can do to your life, and how it can close some doors but open new doors.

If you’d go to where it says “Recently Watched,” I’d say 60 percent [of our queue] are documentaries. Educating ourselves feels like the least we can do. We watched “Agents of Chaos,” which was great to watch after “The Comey Rule.” (I’m very proud of my husband’s work [in “The Comey Rule”] playing Peter Strzok.)

What I loved about “Agents of Chaos” was that it was essentially playing out all the things that were happening in the scripted version. We’ve been immersed in these facts for a very long time, and it’s important to see it laid out because it gives you an understanding of what is happening and how technology has played a huge part.

Our new puppy, Billie, has completely recovered [from surgery] and doesn’t have to wear her cone of shame anymore. We rescued her in May, and it just happened to align with my birthday. It was the best thing to happen in Covid times. Animals are so good for the heart and soul.

It was a low-key day because we had to monitor her, so I read some of “Number One Chinese Restaurant” by Lillian Li. I recently had to name some of my favorite books, and I found that they were all written by women, and most were written by Asian women. It’s been such a wonderful journey getting to immerse myself in stories that I didn’t read growing up. I didn’t realize until I was older how much not reading stories and seeing movies about Asian characters really affected me. I’m just so eager to consume it all.

I ended the day with a little Zoom hang with Leslie Odom Jr. and Nicolette Robinson, which was fun. Then we ended the night by watching an episode of “The West Wing.” My husband has watched it four times, but this is my first time through — even after being in “Hamilton.” Lin-Manuel [Miranda] is obsessed with “The West Wing,” and there are many little Easter egg references throughout “Hamilton.” We are on Season 6. It’s a nice palate cleanser for the times.

I had press days for “Over the Moon,” but during a four-hour break on Thursday, I shot a video for Jon Ossoff’s fund-raiser — a version of “Nature Boy” with Steven. Jon [the Democratic Senate candidate from Georgia] was one of the first people that I feel were inspired by the outcome of the election to really get involved.

Both press days were long, and I fell right into bed. We end the days now without our phones in the bedroom. (“The Social Dilemma” is one of those documentaries we’ve been watching and it definitely scared me. My husband and I looked at each other and said, “Why don’t we make an effort to leave our phones downstairs when we go up to bed?”) My sleep is so much better and the mornings are peaceful, catching up on news before we take out the dog.

Like everyone else, we are cooking up a storm, and we’ve been going to the farmers’ market. It’s my favorite time of year because of all the beautiful fall vegetables, and you can make soup. We had a lot of grocery deliveries, and I hate all of the plastic and the paper that gets used. Going to an outdoor market is a great way to avoid that and still be safe. But no, I have not learned how to make sourdough. Why would I even bother?