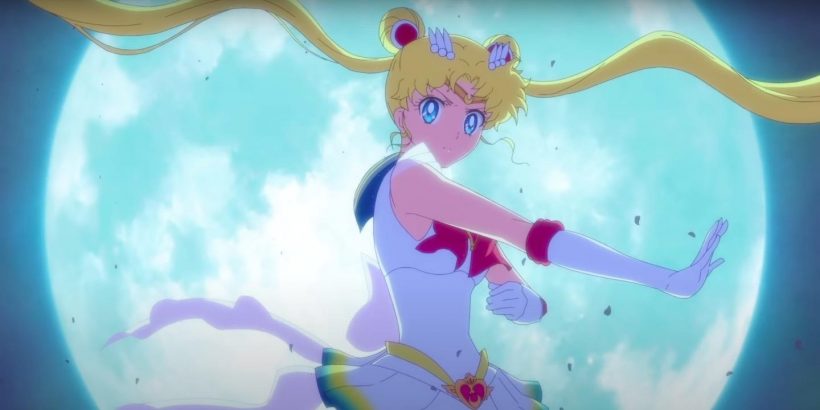 There’s a new official trailer for Pretty Guardian Sailor Moon Eternal The Movie. Whew, try saying that five times fast. But the extra-long title is worth it, because the wait for a new anime adaptation of the beloved anime has been just as long. The Movie is a continuation of the Sailor Moon Crystal anime series, which debuted in 2014 as a more accurate adaptation of Naoko Takeuchi’s seminal manga. The Movie adapts the Dream arc of the manga. Watch the Pretty Guardian Sailor Moon Eternal The Movie trailer below.

In Pretty Guardian Sailor Moon Eternal The Movie, “When a dark power enshrouds earth and a dark circus troupe appears after a total solar eclipse, the scattered Sailor Guardians must reunite to bring light back into the world…”

It’s a story that might be familiar to old-school Sailor Moon fans — the Dream arc was adapted in the fourth season of the original ’90s Sailor Moon anime, titled Sailor Moon SuperS. Still not sure what I’m talking about because you only caught Sailor Moon on repeats on TV, out of order? It’s the arc with the talking Pegasus that had the hots for Chibi Moon.

Also potentially familiar to old-school Sailor Moon fans: the English voice cast, who are debuted in the new trailer. It’s not the voice cast who did the original (heavily censored) DiC dubs, but the more “accurate” dub commissioned by Viz Media. Stephanie Sheh, who plays Sailor Moon, would reprise the role in the new Sailor Moon Crystal.